We who live in the UK and make things, are very familiar with Liberty fabrics and we tend to forget that many of you are not.

This was brought home to me by Robin's comment on my last post and so I thought I would write a bit about Liberty fabrics and the wonderful London store in Regent Street.  Alas not as big or as comprehensive as it used to be,  for like so many retailers it has gone through hard times and has had to sell off its Regent Street frontage.  Never mind it is still there in a somewhat diminished form though we old codgers don't think it is nearly so good as it once was!  It is more edgier now and many of the fabulous departments have disappeared, for example the china department!  No one buys china anymore apparently! 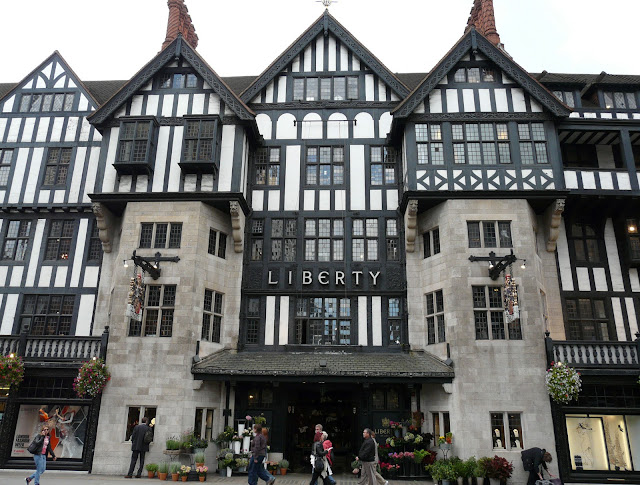 I first visited in the early sixties and was smitten.  I thought it was the most beautiful shop in the world and through the years I have always returned. It became a sort of pilgrimage when going to London, first to walk around the outside and study every window before entering and then gazing up from the ground floor at the open galleries of the other floors very often draped with enticing things such as quilts, rugs, bolts of fabric etc.  Absolutely magical! 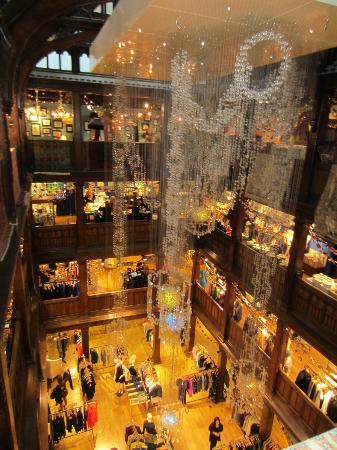 At Christmas it was particularly special.  A giant Christmas tree soaring up through the space filled with themed decorations!  A visit to Liberty's before Christmas was an absolute must, even if it was just to gaze! 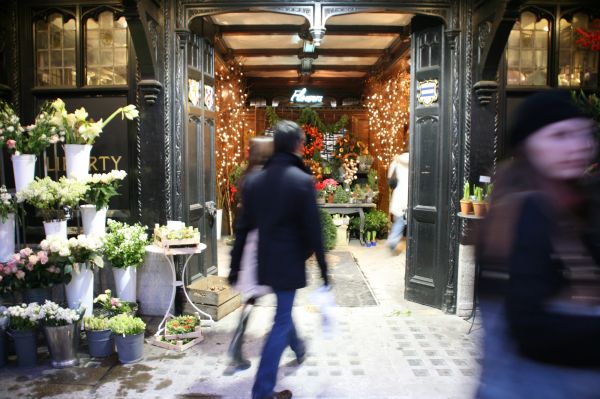 Well now to the fabric.  Liberty has always had its own fabric ranges which were made here in the UK.  Nowadays I suspect, though they are designed instore, they are probably manufactured in the Far East?

Here are some pictures to give you a taster - 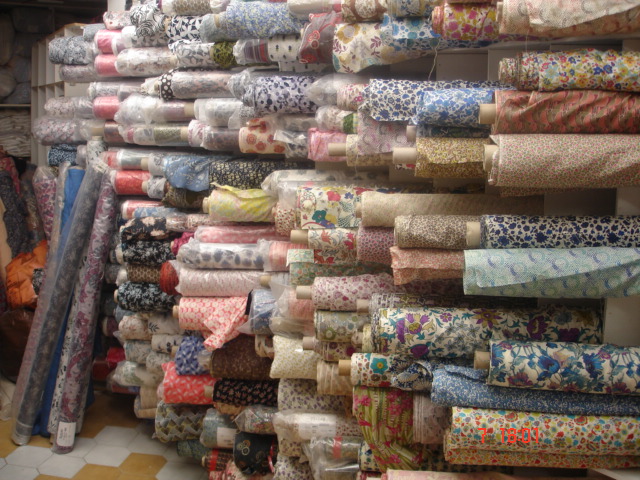 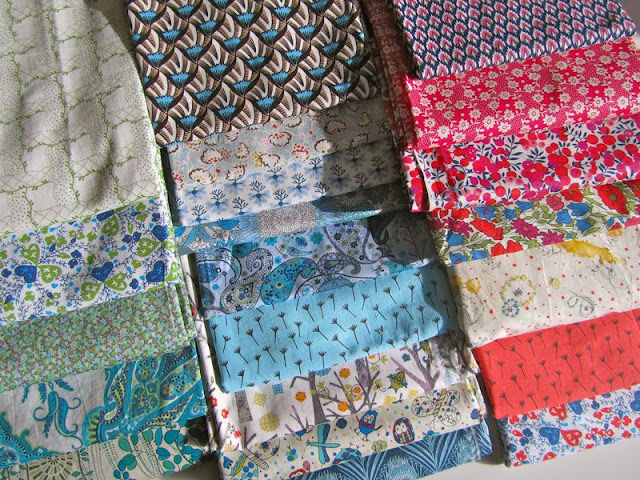 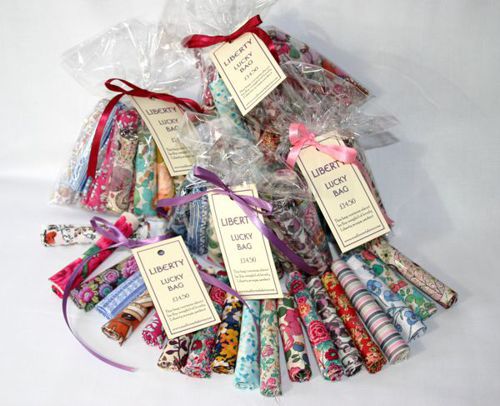 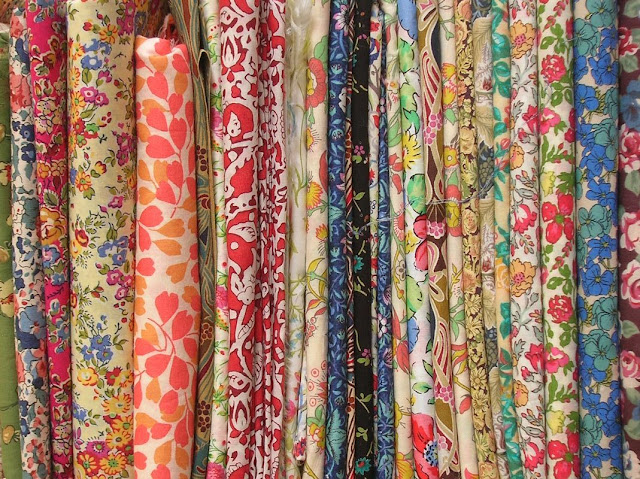 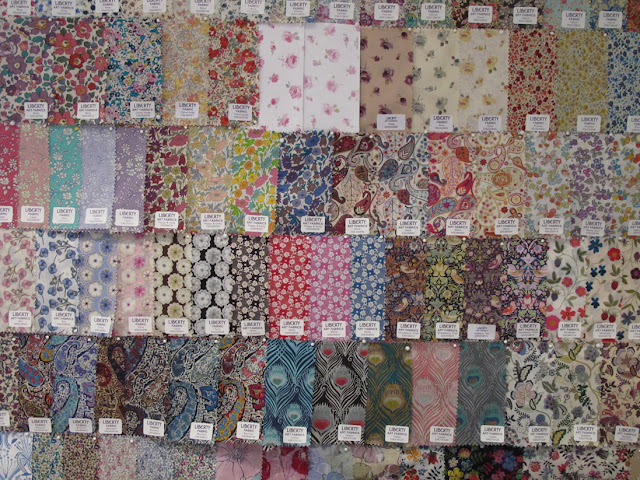 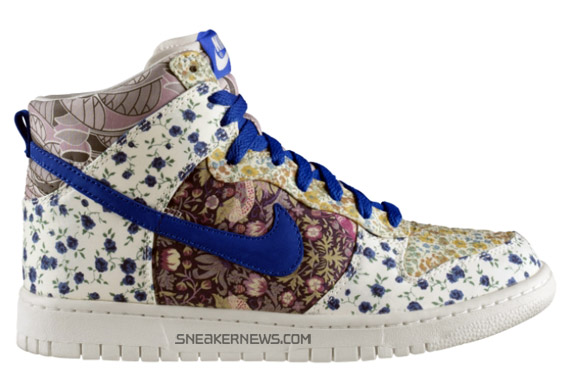 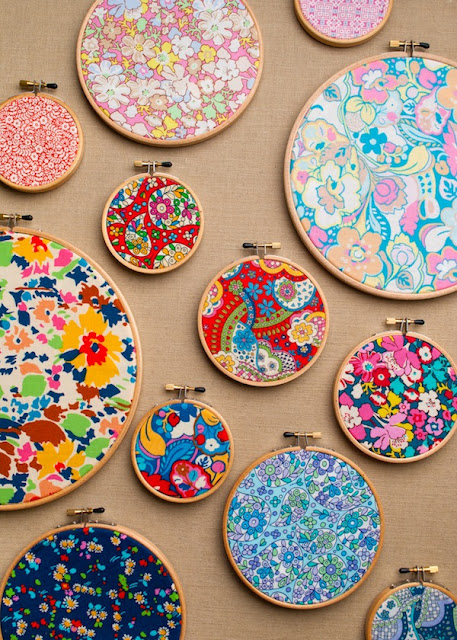 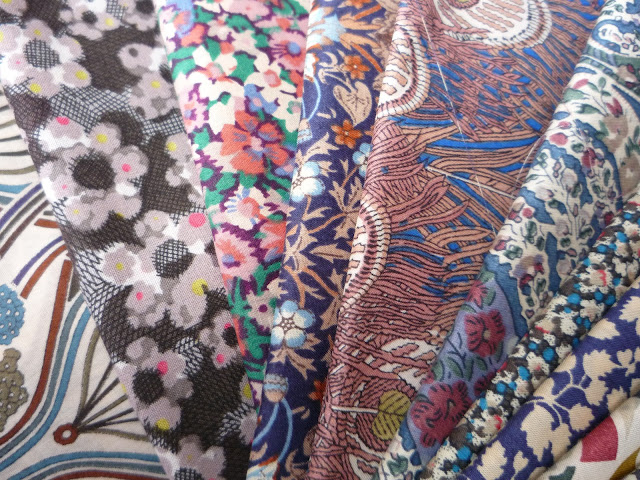 It is high quality, hence the price, and quite distinctive.  We patchworkers can pick it out at twenty paces and it is revered because it is so special.  At one time we could buy off-cuts and flawed pieces from specialist traders and these were extremely popular as you can imagine.  Those living in the North of England could buy directly from the mills.  Alas those days are long gone but many of us still have precious pieces collected then!

I have always used Liberty fabrics, not exclusively because sometimes they need a bit of calming down and I found that Laura Ashley fabrics were very good at this and their colours were complimentary.  I am still using them and still buying an occasional piece.  I rarely buy instore because that would mean buying a minimum of half a meter which would cost about £12.  I go now to eBay where you can buy small pieces.

There is nothing quite like Liberty fabric and though I have a large collection I am always tempted to add a piece now and then!

If you want to read more about the store and watch some videos here is the link.
Posted by Little Welsh Quilts and other traditions at 08:59:00 13 comments: Links to this post

A Liberty of London book 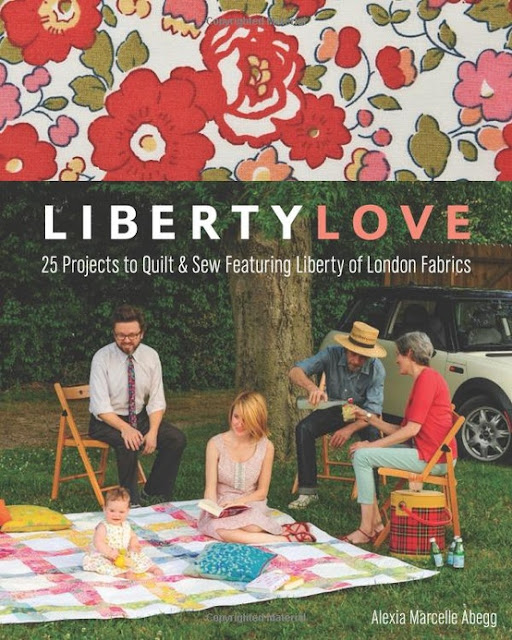 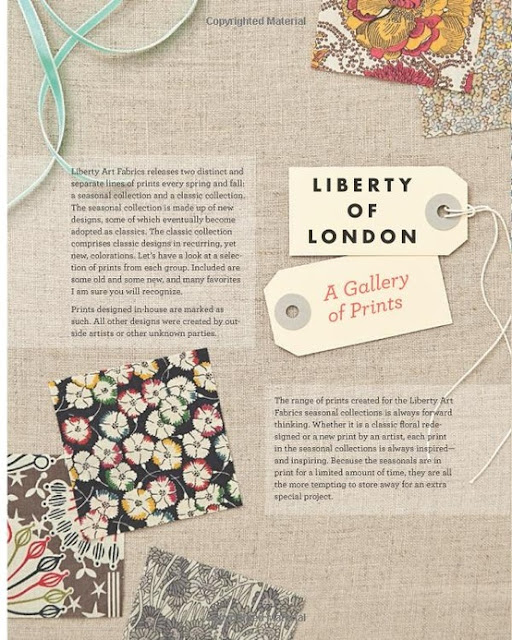 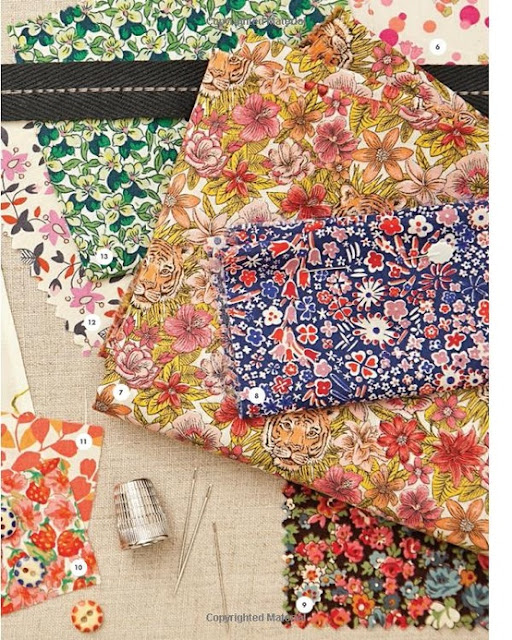 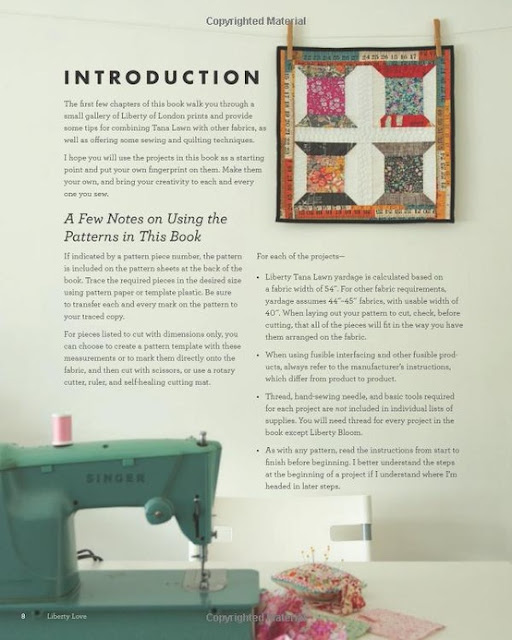 Seeing this book and liking the look of it, is rather bittersweet for me, because in the late nineties I was planning a book in co-operation with Liberty.  It never actually happened and I'm not sure why! That is the way with these things, one never quite knows the reason why some books take off and others don't!

I made a few projects entirely of Liberty fabric, though I notice that in this book they talk about combining Liberty with other fabric and I like that aspect!


If you would like to see the book and have a browse here is the link.

Posted by Little Welsh Quilts and other traditions at 15:52:00 3 comments: Links to this post

Away in the West!

I have been having a little holiday in North Pembrokeshire, staying with my friend Vee who has just settled in St. Dogmaels in a lovely Georgian house on the banks of the river Teifi.


Though I pride myself on being pure Pembrokeshire, because both my parents and their ancestors were from the south of the county, I have rarely visited the north. Our southern part of Pembrokeshire is known as "Little England beyond Wales" because we were invaded way back by the Normans and as a consequence were quite anglified in comparison.  We only ventured north to visit family, in my case Cigerran, when my cousins used to take me through St. Dogmaels to picnic on Poppit Sands - passing Vee's house on our way!

So this visit was a voyage of discovery, a bit late in the day, but I am converted.  Here are some pictures of my visit to Newport Pem. on a cold but sunny day - a walk along the shore, the tide on the turn and admiring some pretty houses! 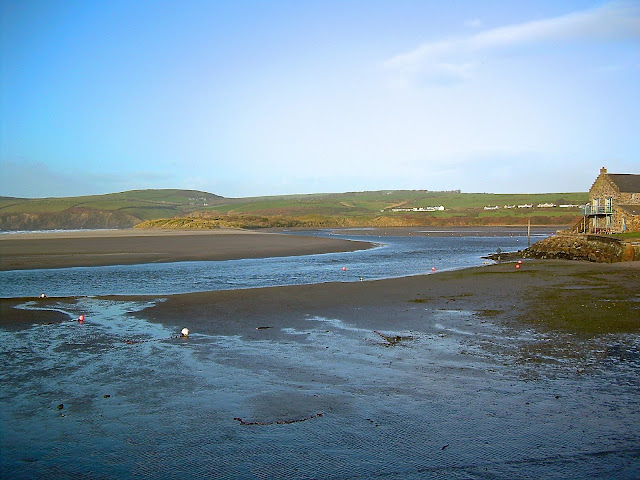 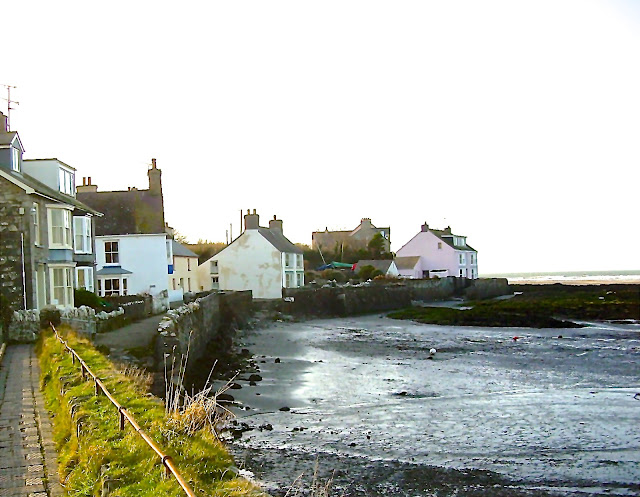 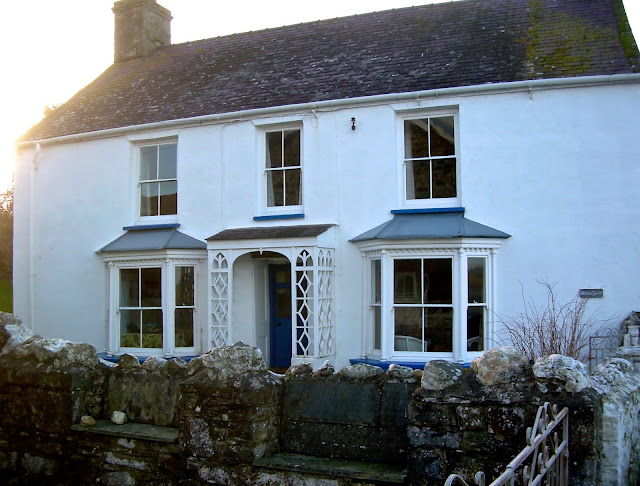 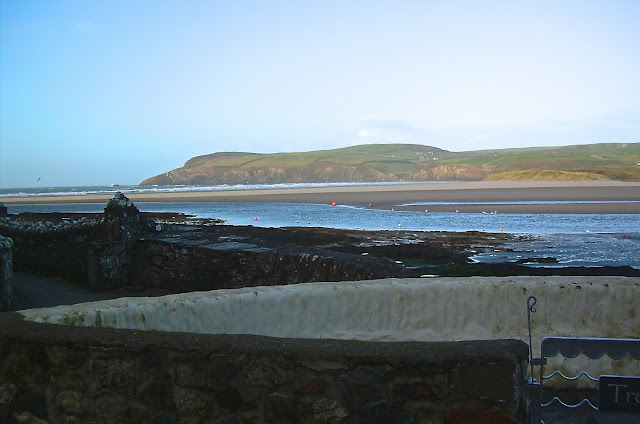 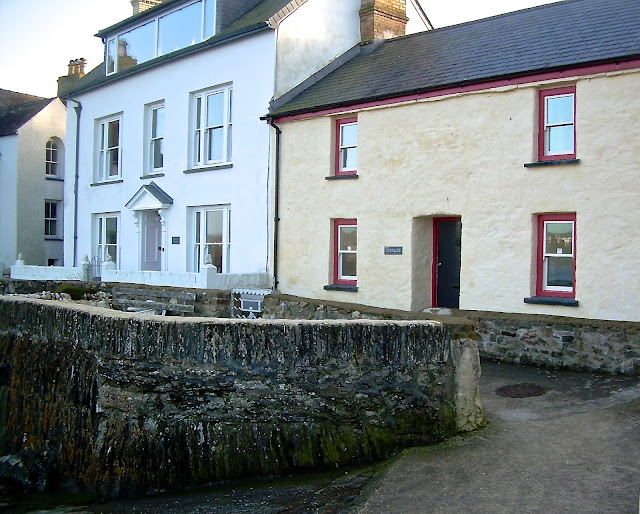 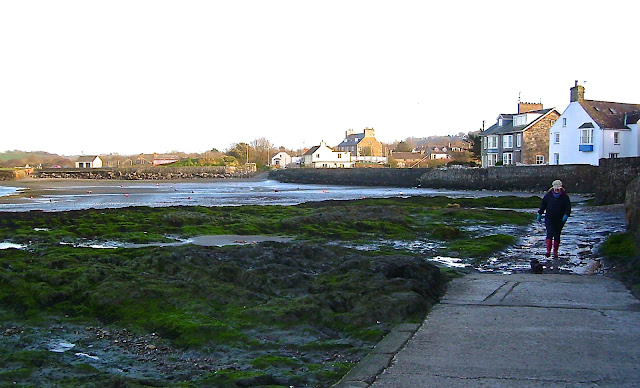 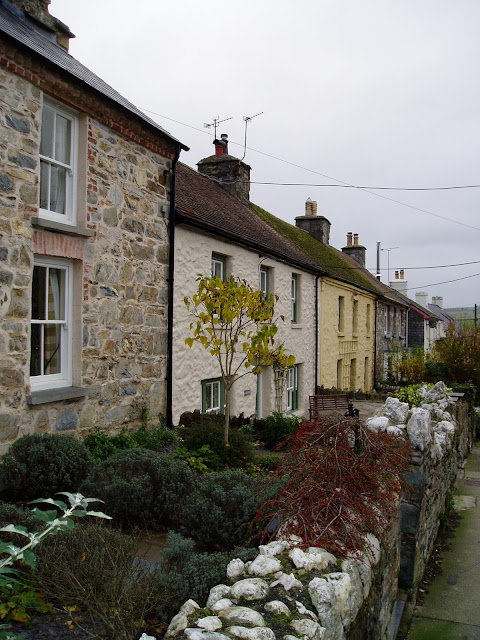 Posted by Little Welsh Quilts and other traditions at 15:15:00 10 comments: Links to this post