Peep inside a favourite house

The design blogs have been all a twitter this week because Nicky Haslam's new book was published on 21st March.  It is called  "Folly de Grandeur: Romance and revival in an English country house" and can be obtained from Amazon - here is the link for the UK.

I love this house and over the years have seen it featured in many magazines both as the home of the legendary decorator, John Fowler and after his death, the country home of Nicky Haslam.  It was a real treat to spend a bitterly cold March day reading Nicky's witty words and drooling over the pictures.

Though Nicky is also a famous interior decorator he hasn't the iconic status of John Fowler though he extremely talented in so many fields, be it writing, painting, singing, cooking as well as the most dedicated party goer ever!  He knows everyone and has been to every party everywhere!

When he is tired of partying he comes to this delightful little house "The Hunting Lodge" which he describes as the prettiest house in England and he may well be right, because I can't think of one that is so distinctive and set in such beautiful surroundings. 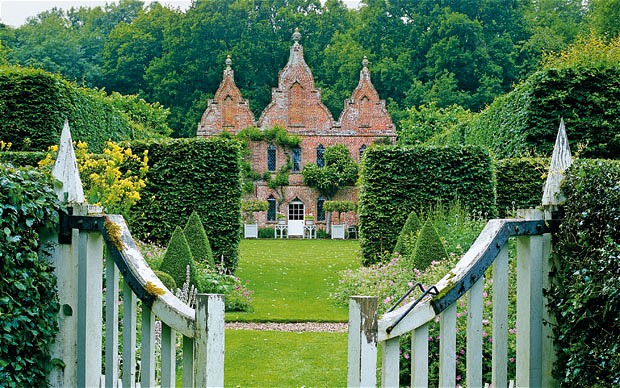 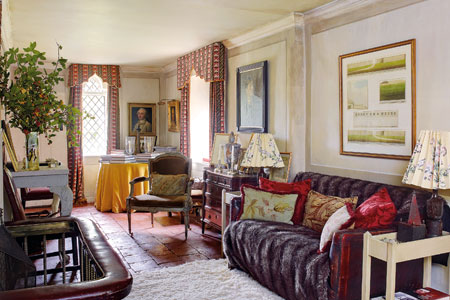 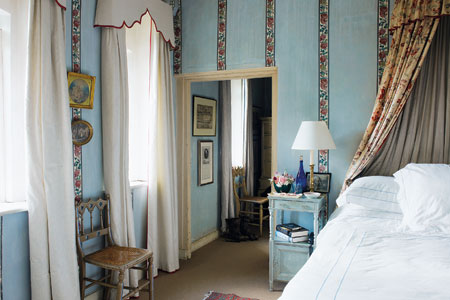 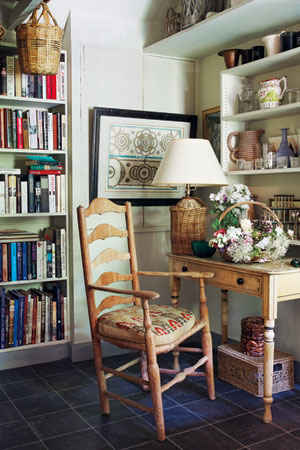 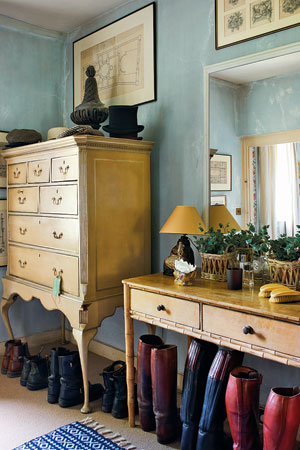 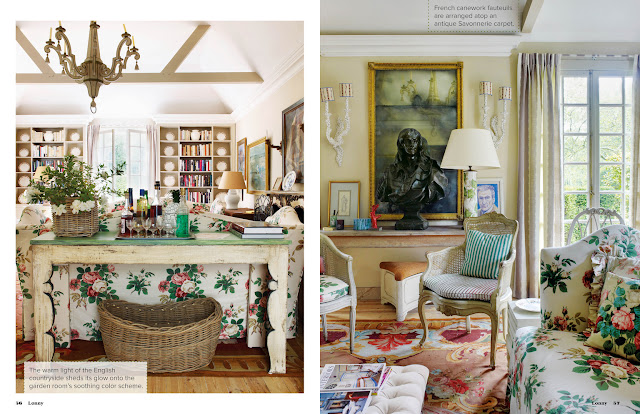 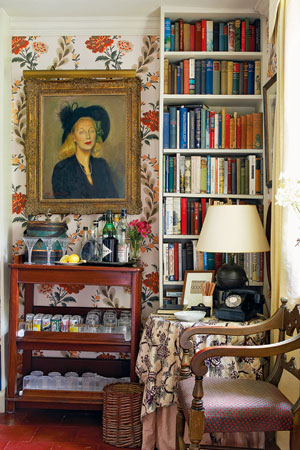 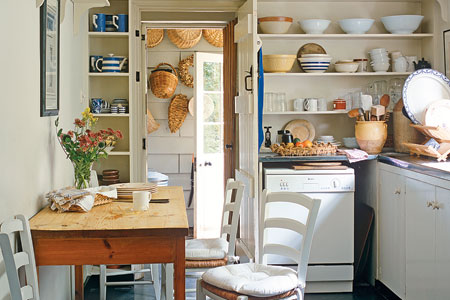 If the house picture seems familiar, I did blog about the garden last year and shared a video with you!  Somewhere in my house I have a DVD tour of the house with Nicky pointing out lots of the things he now shares in the book - but I can't find it!!  So annoying!


Posted by Little Welsh Quilts and other traditions at 09:39:00

Lovely house and the simple kitchen is just perfect.

Oh, I could happily live there! Love the gate complete with Mold or moss left to grow on it.

me too, I think I would love to live in this idyllic place.

I love the warm layered style and cosy rooms - this home is very loved! Thanks very much!

Hi, my name is Petra and I live in The Netherlands.I love your blog, making quilts, the English country side and this book. Thank you for sharing.