I am very excited at the moment as I am going to Stoke on Trent to the Emma Bridgewater factory tomorrow for the Special Book Launch Day for Collectors!  Fifty of us from all over the country will be converging on the factory to indulge our passion for EB pottery and have a good old chin wag about pots!

I am sure many of you reading this may not know or understand what all the fuss is about, so I'm going to try and explain a little of the fascination.

Spongeware has been made here in the UK since the early 19th century and not to bore you with too many facts, here is a link which explains it much better than I could do.

Below is a wonderful dresser filled with old spongeware and I would love a chance to open those doors and have a root around inside! 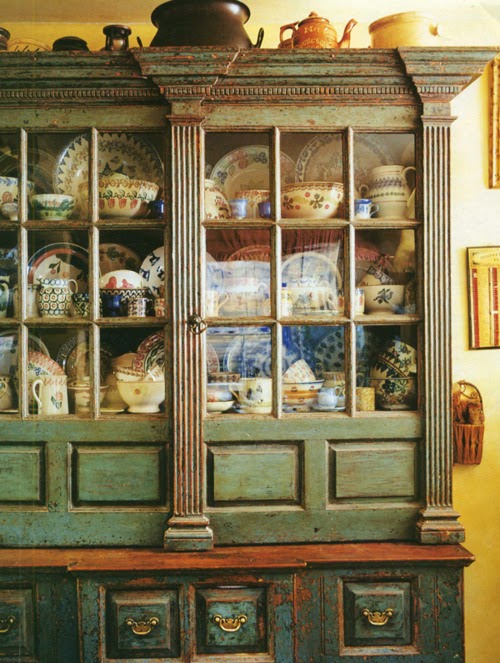 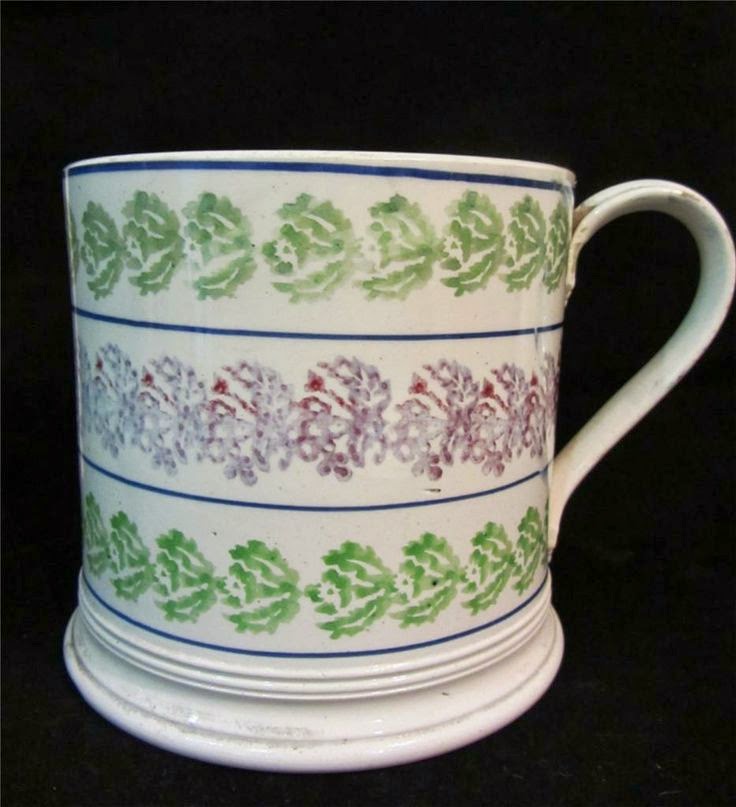 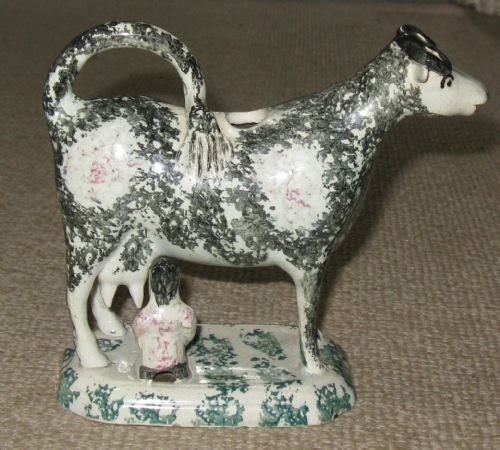 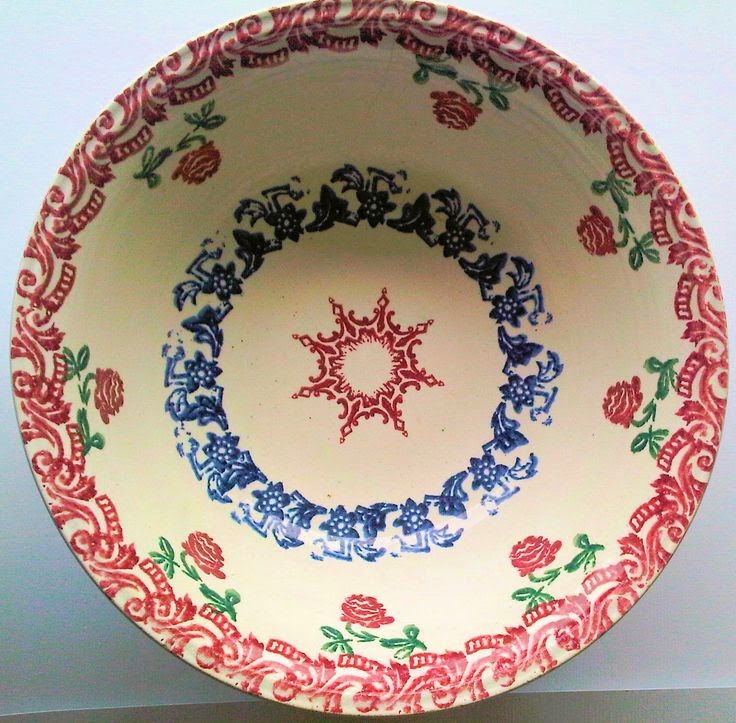 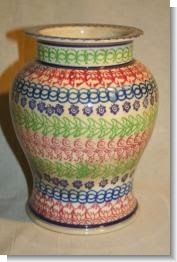 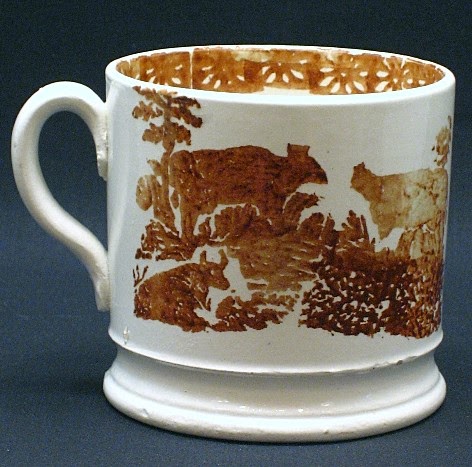 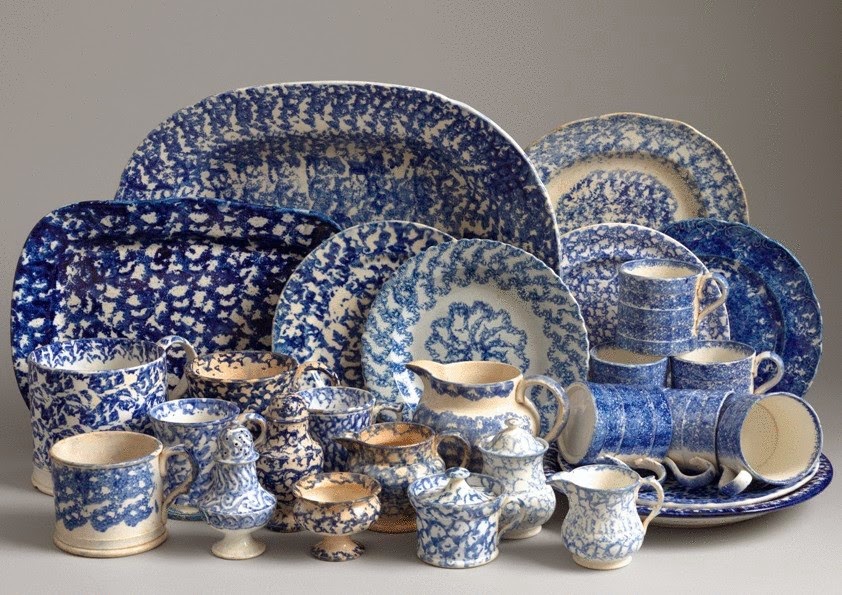 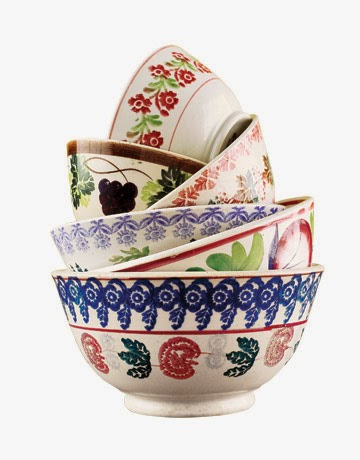 It would take quite a lot of money to fill the dresser now, even if you could track down such a variety of examples. The fact that it was originally made for the lower end of the market to be used and then discarded, means that fewer whole pieces survive, making it correspondingly sought after and expensive.

Given the price of the old, those of us who love spongeware and the fact that it is individually made, now turn to companies who produce new spongeware and there are still a few that do.  Emma Bridgewater factory makes spongeware in the old fashioned way, that is, it is made by hand by a team of people and each piece is hand sponged making it unique.  Of course they are not the only company that do, but they are one of the few that make it here in the UK.   Others such as Brixton have moved abroad and the look is different.  I always look for their old back stamp if I buy a piece, which I occasionally do!

Early Bridgewater and Brixton are very similar.  Here are some mugs which I display together and have difficulty telling which is which - 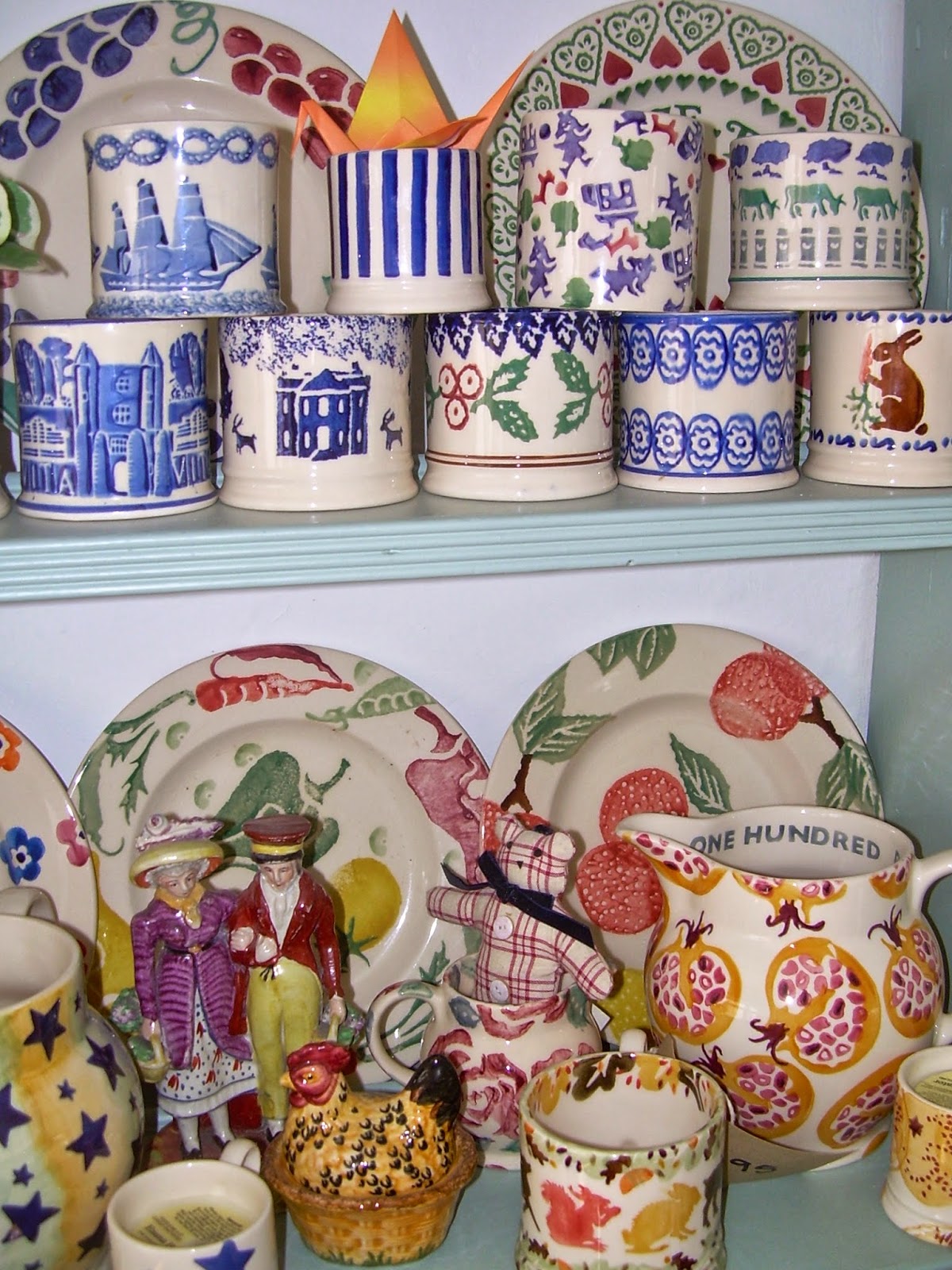 Though they look very similar the difference in value is extraordinary, Bridgewater being at least five times the price.  Not sure why, but maybe because they produce a greater variety of designs and shapes which give collectors the opportunity to specialise, sometimes collecting one pattern in all its many forms, or others like me, who collect many different patterns but only certain shapes. 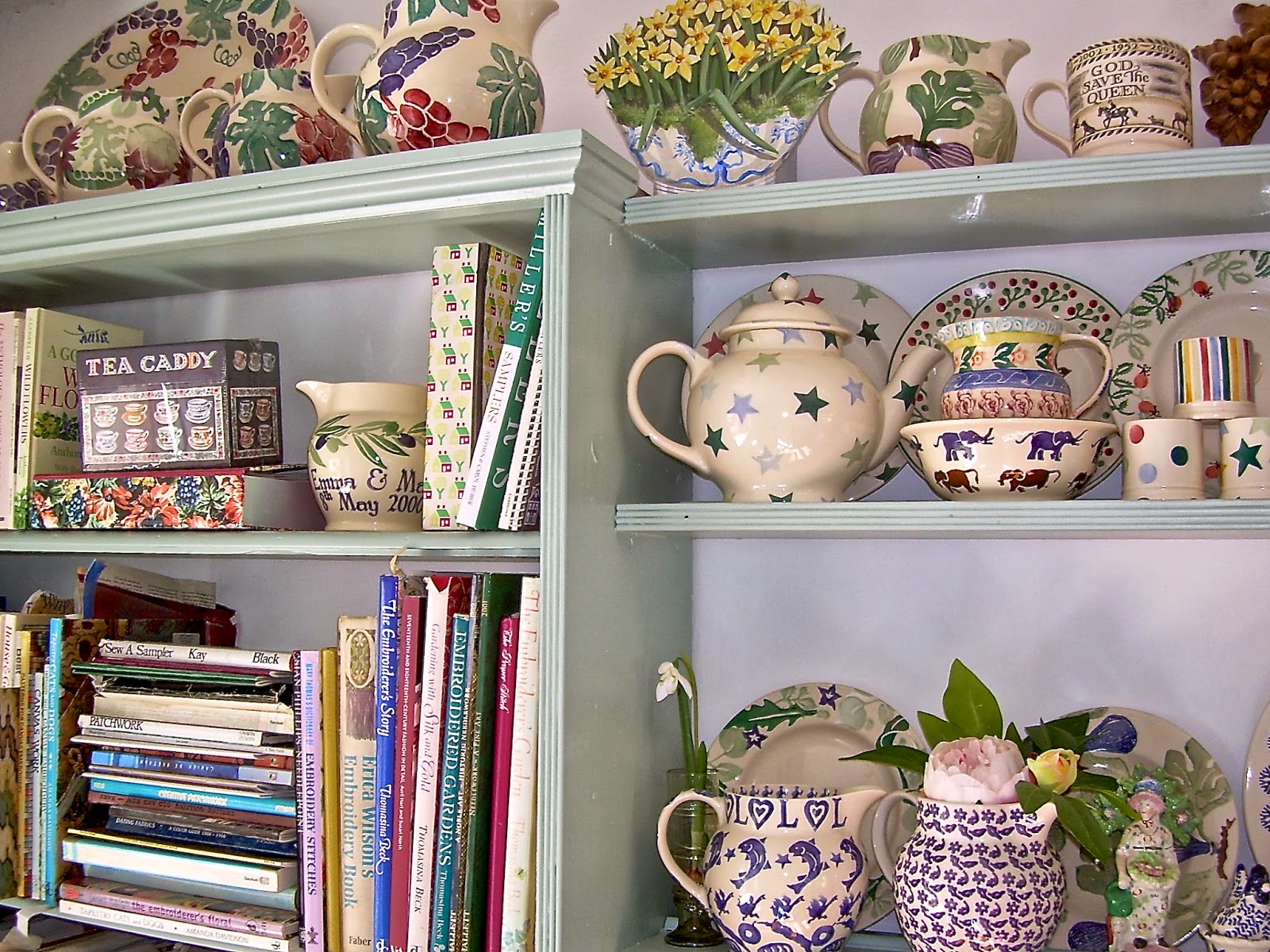 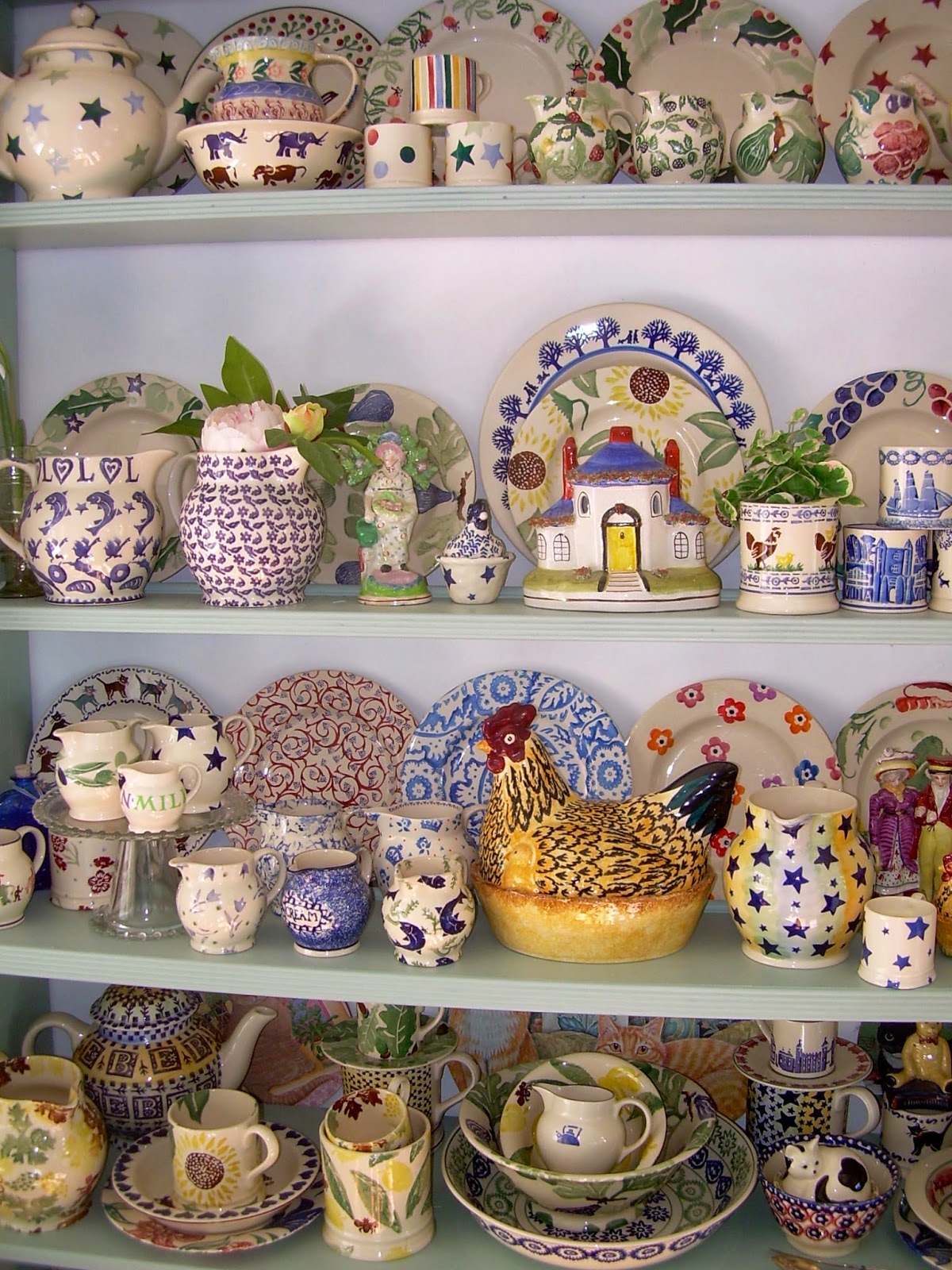 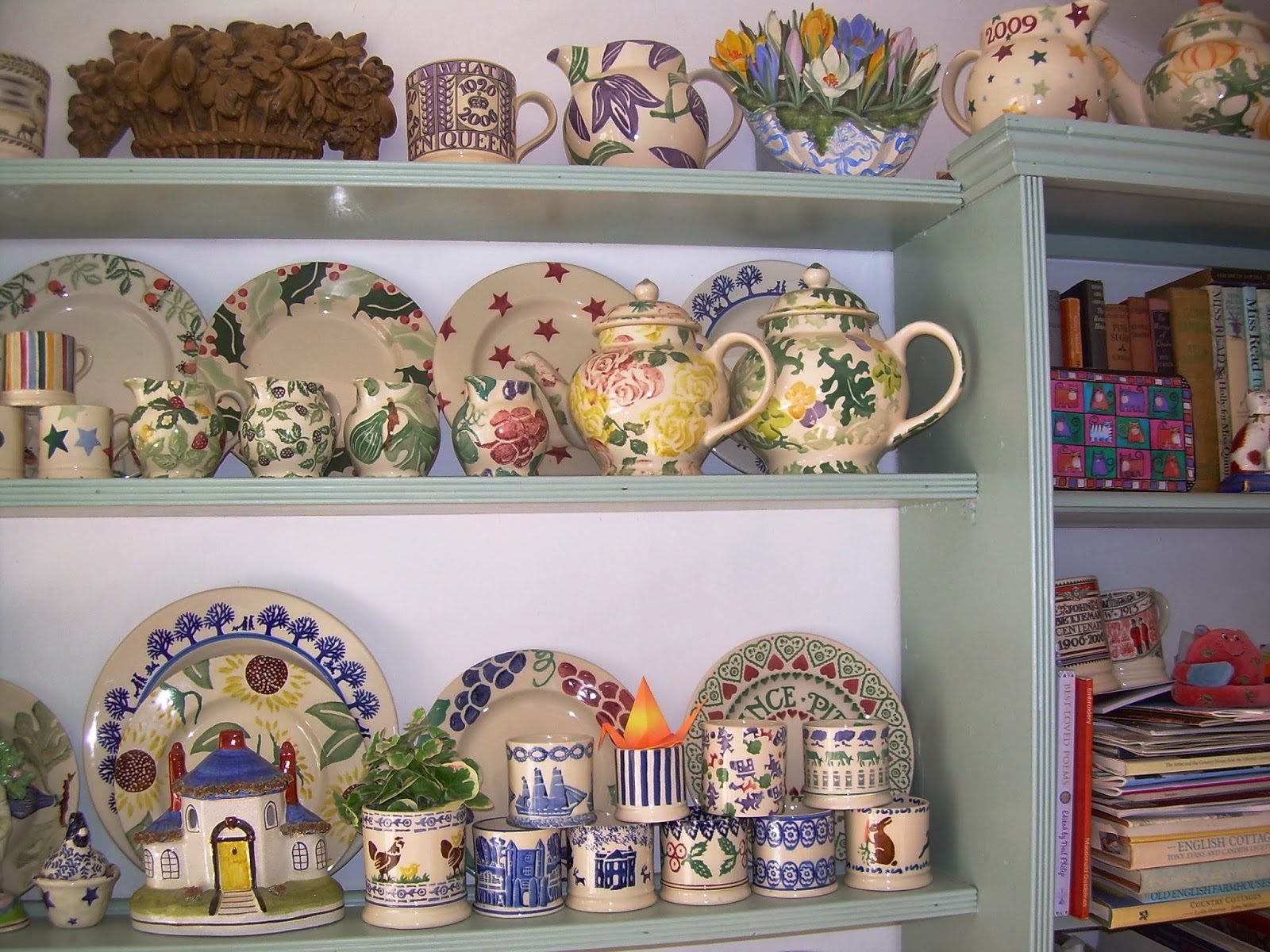 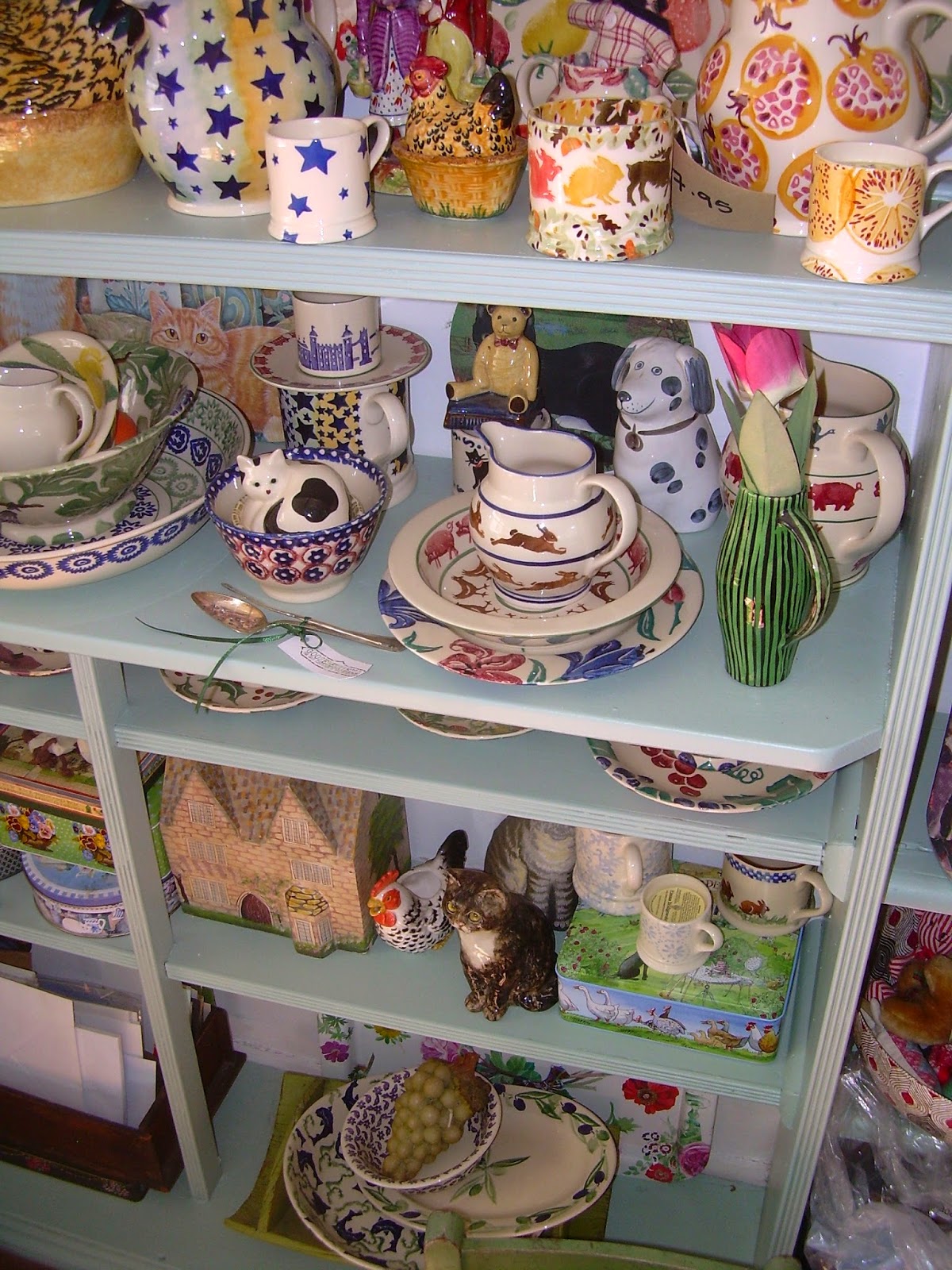 The diversity of different collections makes sharing pictures and discussing values an interesting occupation and we will be doing lots of that tomorrow!


Posted by Little Welsh Quilts and other traditions at 18:22:00

The spongeware in your photos is beautiful. That stack of bowls... the bowl on top... can't you see those flowers as a gorgeous border on fabric to use in a quilt or for curtains? Enjoy your visit!

I'm sure you'll have a great time! Lovely to see your collection.:)

What a wonderful collection you have.....it's all so very pretty!

I have loved these pieces for years, although I don't own any, they are so very appealing, in the colors and designs. Would love to go there with you!

After reading your post regarding spongeware pottery and how it is very difficult to find in the UK, I have to tell you about Peregrine Pottery.

A spongeware company also based in Stoke on Trent. They have some beautiful pieces and have a passion for recreating quintessentially English designs. Check them out.