I recently found this quilt online in the collection of the Museum of Fine Arts in Boston.  I am delighted to say that I have actually visited this splendid museum which has an outstanding collection of textiles, sadly not on show, but at least they do have some of them on line.  Regular readers of this blog will know that I am very often irritated by museums, but occasionally something good does surface and we must savour the moment! 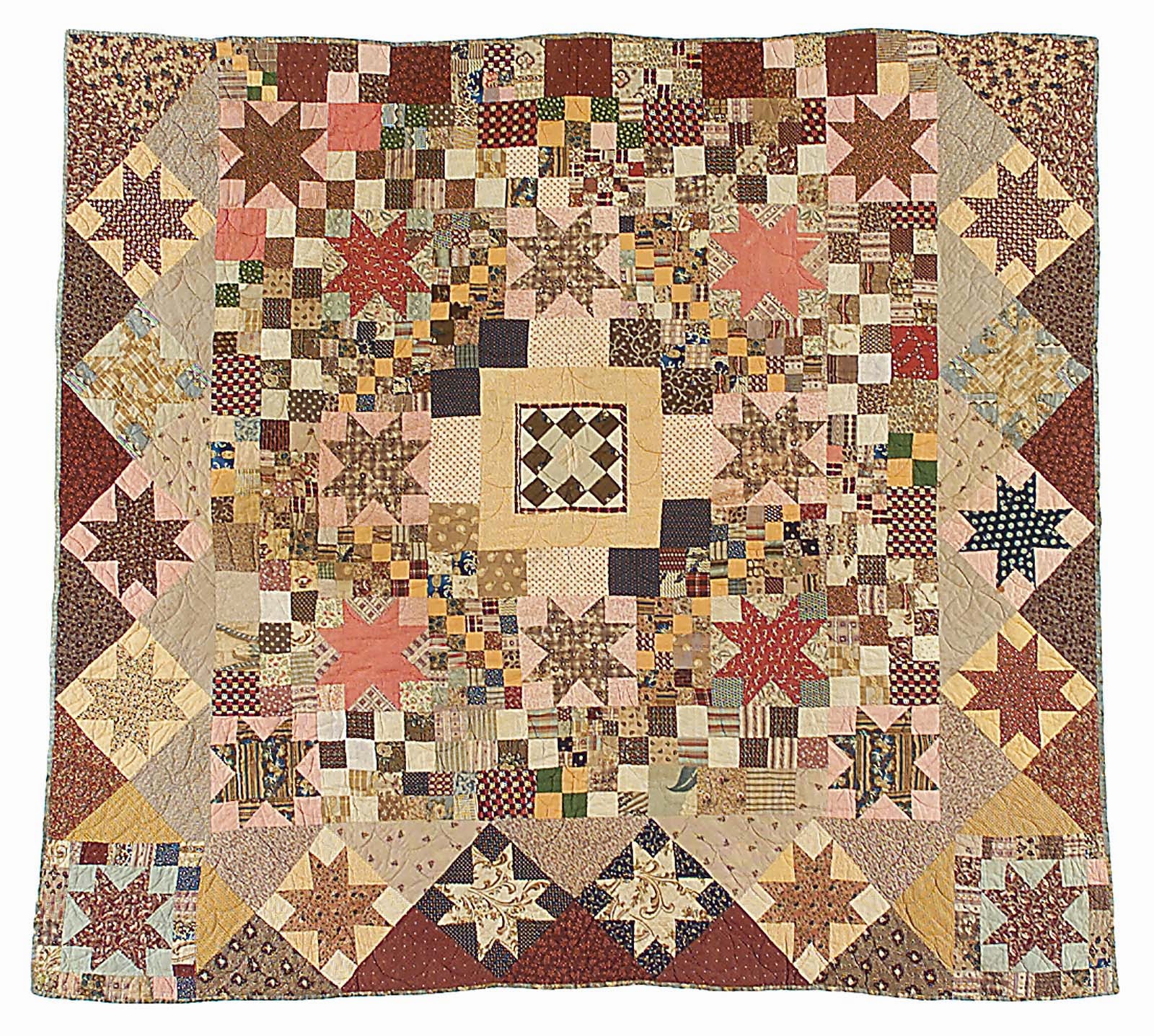 Since I pinned it on my Pinterest Board it seems to be regularly re-pinned so I know that it must appeal to lots of you out there.

I came across it by typing "English patchwork" into the museum's online search box.  This quilt was the only result with the following information -

Given to the Samson family of the North Shore, Massachussetts; to Dr. Herbert Harris; gift to MFA

Well it might have English fabrics but I don't think that it was made in England?   Even though the predominant star pattern is to be found in so many early British quilts it wasn't used in quite the same way.

I was recently reading a research paper written by a member of the British Quilt Study Group which explored the link between UK patchwork and the block patterns that developed in North America and it is fairly obvious that there is a very strong possibility that UK patterns were the forerunners of the American block.   Of course this star pattern is seen in so many other  guises, tiled floors being the most obvious?   It is regularly seen at the centre of Welsh quilts as well as some of our English 18th century coverlets, so it's been around a long time!  It really is an international pattern and no one country can claim it.  In this quilt I think it is used in a very American way.  I'm not sure of why I think this and would be interested in what you think?

It is true that early American quilts are very often similar in style to British quilts, in fact some may have crossed the Atlantic with their owners.  It's actually amazing how many objects have and still do cross the ocean, some several times.  Maybe someone brought English fabrics with them when they sailed to the New World, though it's far more likely that they were imported when trade bans existed!  Politics get into everything!  I prefer the first option because I like to think that someone carried their precious fabrics with them as they embarked on their journey to a new life!

Wouldn't it be nice to know?

Posted by Little Welsh Quilts and other traditions at 14:14:00