Here I am again!

Well it's been quite a time since I last posted, so what have I been up to?  Not much sewing that's for sure!  I suppose I'm having a bit of a creative block?  It's never happened to me before and I am quite worried about it.  Being creative in one way or another has been a great comfort over the years and has sustained me through difficult times.  I have had short periods, usually after a bereavement, when my creative juices have been absent but they always come back, however, at the moment they are eluding me.

I am on Facebook regularly, but so many of you say that you don't do Facebook, that I switched my page from public to just for friends.  I have also just joined Instagram and find that good fun too and am enjoying taking pictures with my iPhone and posting them!  So I suppose I'm being a creative albeit in a different way?

Slowly, very slowly, I have been working on this little quilt which is using many of the patterns I drafted for my Cottage Orne quilt, which I am also struggling to quilt - it's not going well at all and I will post some pictures on its own blog as soon as I can. 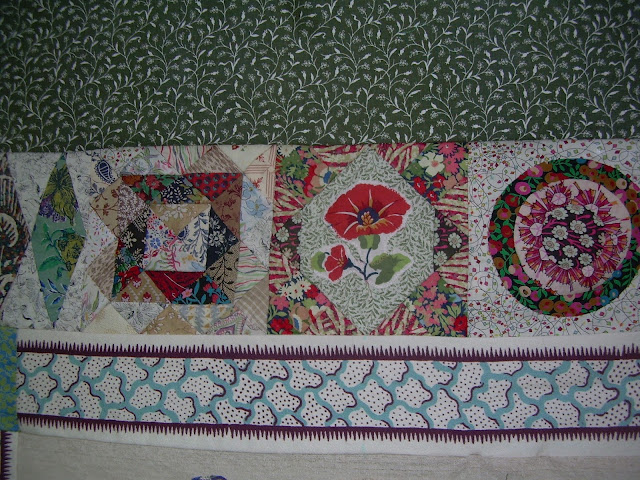 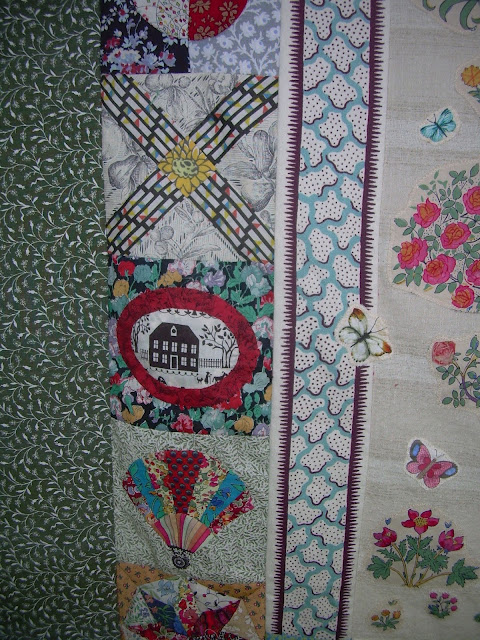 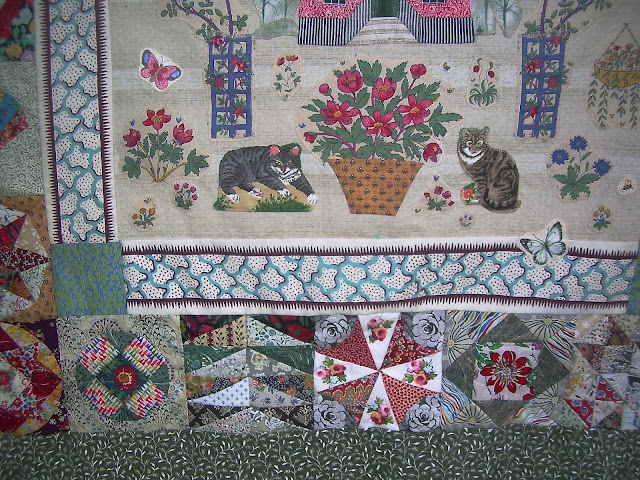 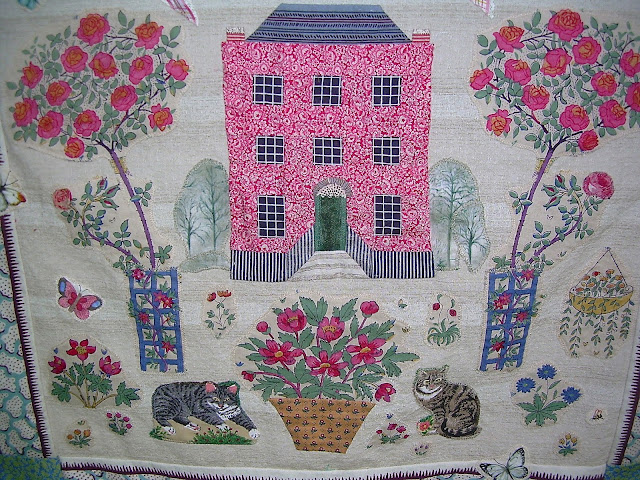 If you follow my Cottage Orne Blog you will see that I have changed the centre of the design.  The house and border I made originally, just didn't look right, so I used this broderie perse panel instead.  Sometimes even the best laid plans simply don't work out and it was fortunate that I had this unfinished piece looking for a border?

I've named the quilt "Miss Austen's House",  as in my imagination it is just the sort of place in which Jane would have lived had she not died comparatively young?  For after the great success of her novels,  she would surely have had enough money to leave Chawton Cottage and build a house of her own surrounded by a lovely garden and of course she would have had cats?


Posted by Little Welsh Quilts and other traditions at 16:15:00

Lovely quilt Mary. You've put together some great fabrics and I love the random butterflies on the first border. I've missed your posts. You always bring things to my attention that I wouldn't have found on my own.

Yes I think Jane would love the new home you have stitched for her:-)

My Instagram name is red alfreda. Must investigate if it's possible to put a link on the blog?

Hi Mary, I don't do Facebook so it is a real treat when you post on your blog. Thank you!

I am crazy about this quilt! It is simply fabulous.

(I just tried to leave this comment on your other blog about the quilt, but it was restricted to 'team members' only - so I'm posting here) Your quilt is beautiful Mary! I hope the V&A get back to you with some help. I completely understand your frustration with the computer software too. I also purchased it a couple of months ago, but struggling to get to grips with it - and I'd like to think of myself as quite computer literate! It really helps to go through the exercises to get yourself familiar with things. I have the book 'Pieced Drawings' as I bought it specifically to help me draw English paper pieced quilt patterns, with odd angles. Fingers crossed we both get the hang of it soon!
Best wishes, Jessie

I love this. There's something so charming about having a house in the middle of a quilt.