What have I been doing?

It's been a long time and though I do drop in and look at blogs now and again, I seem to have no urge to write!  Blame it on Facebook and Instagram, as they seem to have completely taken over my online life.

As you all know, though patchwork and quilting will always be my first love, I have become rather obsessed with collecting Emma Bridgewater spongeware and belong to several groups on Facebook that discuss, swop and sell her products.  I also go on trips to the factory in Stoke, which remind me of the buzz I used to get going on quilting and embroidery trips, which now are very much a thing of the past for me!

So what have I been doing?   Where to start?  Well I have joined Instagram and really love it.  I have always enjoyed taking the pictures for this blog but now I seem to be doing it all the time and getting much more immediate feedback?  One of the downsides of blogging is that you get so few comments and as we bloggers thrive on feedback after a while one gets the feeling that no one is listening.  I know this isn't the case and that many people have difficulty either expressing themselves or actually getting through the technical difficulties, but lack of comments is definitely a downer for me.  With FB and IG this is not a problem, there is plenty of inter action!

I have been working on some projects, mostly using Liberty fabric.  Liberty has always been a great favourite of mine and now through Instagram (IG) I have discovered that there are groups all over the world absolutely obsessed with it and also that it is manufactured in different colours for Japan and Australia!  I had no idea of this?  Many years ago I was going to do a quilting book with Liberty, but after working at it quite intensively, the publishers pulled out because they didn't think the fabric would be available worldwide.  How wrong they were?

I am in the middle of quite a few things! In fact I'm feeling rather frustrated because I have so many ideas but not enough time to actually sew them, especially as everything is being done by hand.  Many are using my current favourite technique of broiderie perse, but on a smaller scale! 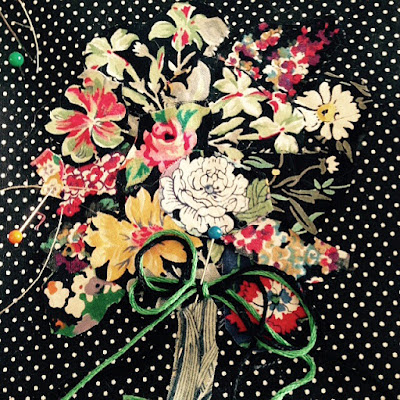 A couple of finished projects - these are two small quilts. 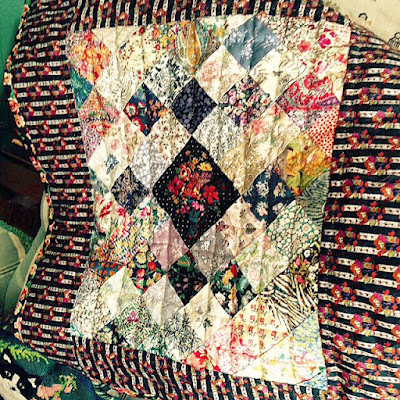 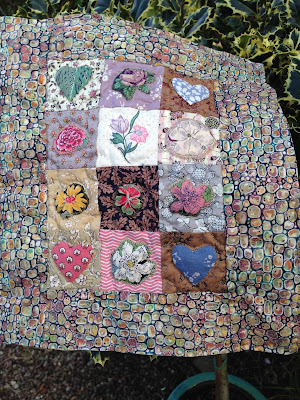 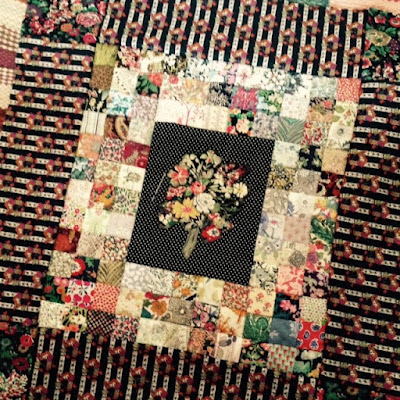 and another in progress - 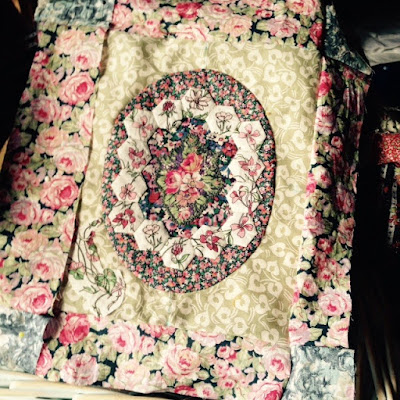 Here is another cut out and ready to go - 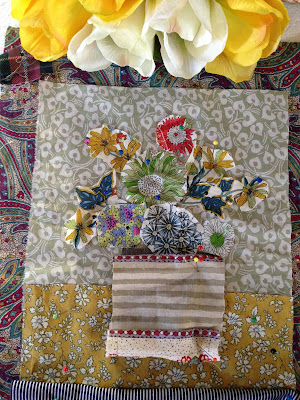 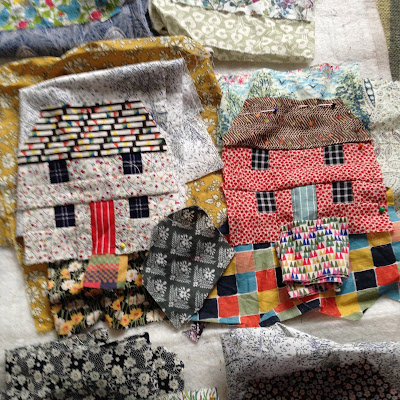 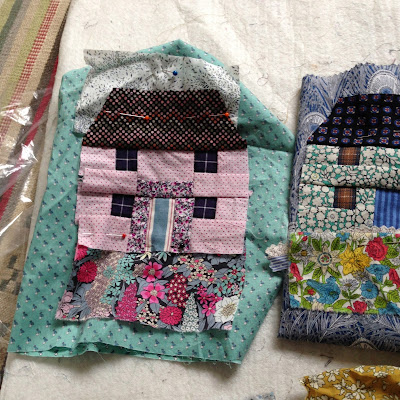 As well as the above, I have been quilting my Cottage Orne quilt, so though not posting here, I am not rusting away!

Here is the link to my Instagram pictures as I can't seem to find an official link button for this blog!

Posted by Little Welsh Quilts and other traditions at 12:54:00

I love your blog so keep up the good work and your quilting is beautiful. If you don't mind I will share with the ladies at my quilting group as I'm sure they will love to see your quilts.

How true Mary, everything you said about blogging. I wonder will it fade away like Flickr.
Glad you're still sewing and the Liberty pieces look beautiful.
I'm off now to find you on IG!
PS. The link didn't work.

The link to Instagram isn't clickable, but it works if you copy and paste it. :-)

These little quilts are so pretty! Will you bring some of your small quilts along when we meet at St Fagan's next month? I know my Japanese friends would LOVE these. Looking forward to meeting you very much.

Yes, of course I will Susan! Looking forward to it!

Thanks to those who mentioned the link to Instagram not working! I have had another go and it seems to be working now if you click the "link" word!

Hello! I love your little project, so cute. I love Emma Bridgewater too, but its just way to expensive here, and even more expensive to order with the conversion rate. But I still love it. Liberty is a favorite of mine too, and have collected for awhile to make a quilt. Have you put any of your book online? You could self publish on Amazon. I buy lots of Kindle books that are self published.

Hi, Just wanted to thank you for sharing your pictures and comments. I have to say that getting my comments published is often somewhat daunting - not sure why. But of course, if commenting is difficult, I usually give up. Hope I have better luck with it this time. Maybe I'll have to switch to Instagram too!

woohoo it worked!! I have been stashing Liberty prints since 2000 and have a nice collection. Love your cottages and floral bouquets - perfect for the Liberties. It was in searching for Liberty fabrics (while in London) that I met my dear friend, Fiona so I have great affection for them. Thanks again for all your efforts to communicate with us!
Theresa

Aninymous, me, is Francoise. But I don't know how to sign in on this. Sorry.

Your work here is lovely to see. I like the one with the floral bouquet on the black background fabric. A few weeks ago I was on holiday in the South of England and in Lewes I bought liberty fabrics for the first time. The lady in the shop was surprised that I mentioned that liberty fabrics are difficult to find in The Netherlands. I have to order online or visit London for example. They are so different, lots of new possibilities!

Thank you Annemieke! I really enjoyed cutting out little Liberty Lawn flowers and arranging a bouquet! It's quite addictive!

I have quite a stash of vintage Liberty but I still buy on eBay! I love browsing to see what's available and you can buy quite small amounts! Can't you do that too as I know most people selling post to Europe?