Hearts for a Royal Wedding - a Sweetheart quilt!

The wedding of Prince and the soon to be Princess William of Wales is on 29th April and they are already living here in Wales as the Prince is based on Anglesey flying helicopters. 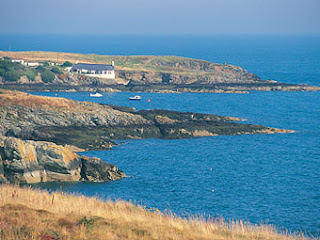 Following on from the last post, my Charles and Diana quilt is being prepared for quilting.  I will try to do as much Welsh quilting as possible but probably not on the central panel because I don' t want to distort it. When choosing the fabric I tried to keep to vintage 1980 fabrics with a lot of Laura Ashley because that was very much Diana's style when she was young - later she became much more sophisticated and dispensed with frills and flowers.

Charles and Diana divided us, we seemed to be for either one or the other, my husband was for Charles and I was in Diana's camp and we argued about it, not in a serious way, but we just didn't agree. I think the ring thing is similar, we have to agree to differ. 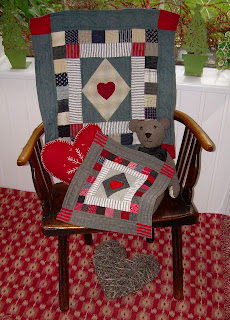 The design is called Cariad III (Cariad is Welsh for Sweetheart) and you can make it at a workshop I am teaching at the Jen Jones Welsh Quilt Centre next April  - see link below for more details -
http://www.jen-jones.com/QuiltCentre/Workshops.html

I am making the design in three sizes but am still quilting the third so it doesn't appear here.  I have included other heart shapes in the picture to add to the mood but I had to restrict it as I have a lots more - anything with a heart is collected and sometimes traced around to make a quilting motif!
Posted by Little Welsh Quilts and other traditions at 15:48:00