I read lots of blogs though not as many as I used to before I became hooked on Pinterest which takes an inordinate amount of time. Most are quilting blogs, however, one of my very favourites isn't, it's the one written by Ben Pentreath, the author of this book - 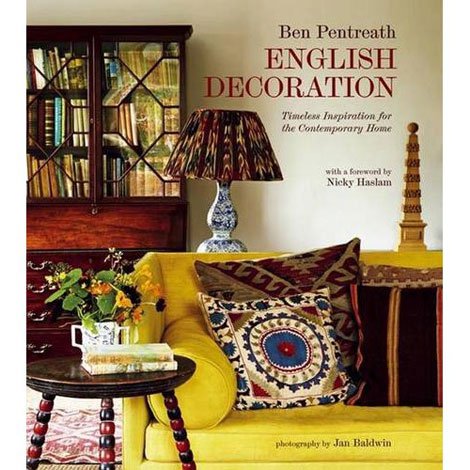 It was published last Autumn and I have given it to several friends as presents.  I absolutely love Ben's book, his weekly blog, his shop and like many others, I sort of covet his lifestyle.  I wonder if it is as idyllic as it appears?

Ben is an architect based in London.  He has his own practice and seems to be involved in all manner of interesting projects, building and converting the sort of houses I would like to live in!  He has done work on Poundbury in Dorset for the Prince of Wales and at the moment is involved in a mammoth project here in South Wales, building houses on a former oil refinery site at Llandarcy, near Swansea.  This used to be a very polluted area indeed but eventually it will be the sort of place one can only dream of living!

I have not yet been to Ben's shop in Bloomsbury but I have bought things from his excellent website and it is on my list of places to visit. 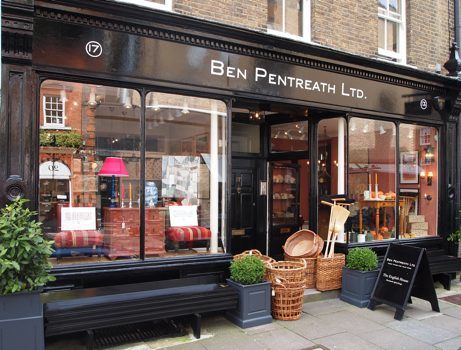 As well as living and working in London and travelling around the country overseeing his projects, Ben has another life in Dorset.  He lives in a parsonage near Bridport in Dorset.  "Parsonage" - isn't that a lovely word, so much nicer than Rectory or Vicarage? 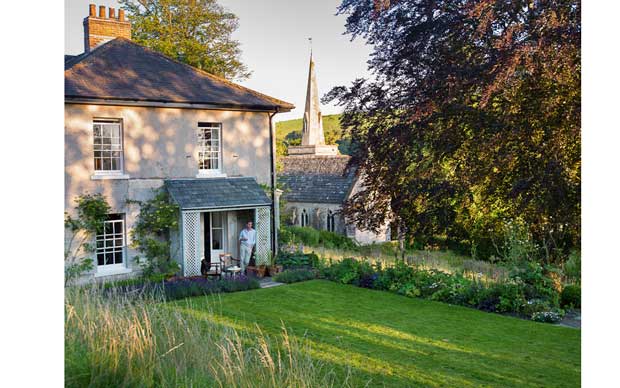 Now who wouldn't want to live in a house like this in such a beautiful part of the world?

Ben's blog details his thoughts and tells you of his travels and we also have glimpses of his lovely home and garden.  Oh the garden - he gives detailed pictures of it through all the seasons and he seems to make each weekend in Dorset absolutely special, no matter how dismal the weather.

Then there is the house!  I like his style! Of course it is very much a man's style and more specifically, an architect's style, albeit an architect who follows tradition.  However, it is not altogether my style - I would certainly busy it up a bit and one of the first things I would tackle would be his dresser - 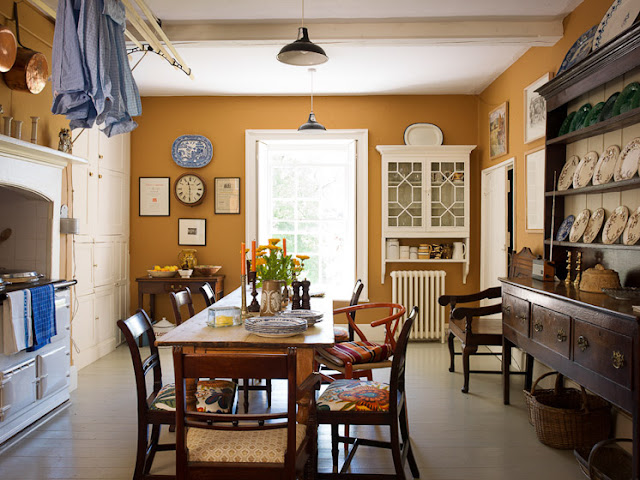 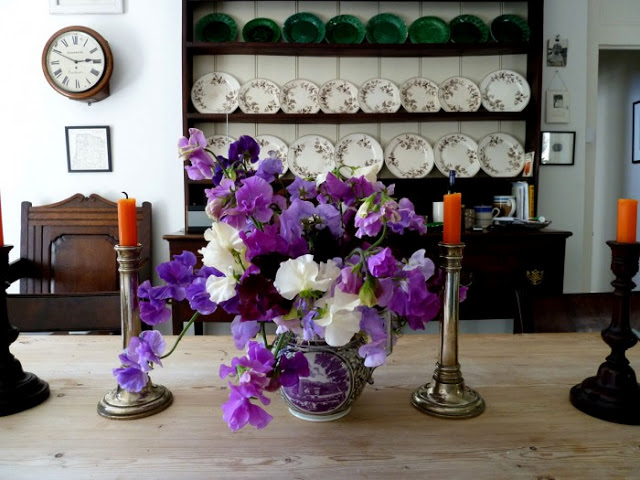 I like the kitchen, especially the hanger over the Aga to dry and air the clothes.

I am not sure if I would go along with Ben's aversion to a fitted kitchen.  He does cook, but he also has a housekeeper and I suspect if he lived there permanently he would welcome a few fitted cupboards, especially if he had to do the cleaning?  However, the dresser needs serious attention - how boring it is?  Of course I would fill it with wonderful antique jugs and other Staffordshire, because I have a feeling that Ben is not into EB.  I know he likes Mochaware (there are a couple of mugs on the bottom right shelf) and the original mugs that Eric Ravilious designed for Wedgewood, so he shouldn't have difficulty finding things he likes, but this dresser can definitely be improved upon!

Posted by Little Welsh Quilts and other traditions at 16:06:00

Thanks for this interesting post. I will be checking out his blog and looking for that book. I am a Canadian, living in Florida whose heart remains in England where I lived for a few years. Though the English style of decorating may not be the trendiest thing around here, it it what I love and I surround myself with English treasures, especially pottery and china!

This is definitely the blog for you then Heather!

All ex pats and lovers of this country seem to drool over it. I know the place in Dorset well, so can really identify with his descriptions.

I am so glad you have found the blog and am pretty certain you will enjoy the book!

I love decorating books, especially British or French. I shall look for this one... I hadn't heard of Ben Pentreath but have heard of Nicky Haslam and that looks like a Kathryn Ireland cushion on the front, and I have all her books. hours of innocent pleasure in this book I think, I shall look for it
Margaret