A new project with hexagons!

I can't believe I'm writing this but I have started a new quilt project and I'm cutting out hexagons! I'm doing it the old fashioned way of course, can't be faffed with sticking and pre-cut papers, though I have downloaded some from the internet.

Several things have brought me to this point.  Firstly, Judi Mendlelssohn, the Joint Editor of Patchwork and Quilting magazine kindly send me a pile of Laura Ashley fabric.  She apologised for dumping it on me (I tend to be associated with LA fabric), but I am always delighted to receive it.  I keep thinking that I really should archive it because I suspect that this isn't being done, but it's such an enormous task and though I have a lot of it, new patterns and colours keep appearing and really,  I WANT TO MAKE QUILTS!

The other influences are the Brereton Quilt and Bed Hangings which I wrote about in a previous post, coupled with the wonderful traditional quilts that are being made in Australia at the moment.  They have really taken British traditonal quilts on board and are making some stunners!  I want to write about this in a future post.

I have been talking long enough - here are some pictures.

Many years ago I was given this piece of Liberty fabric which I thought would make a lovely central basket for a quilt project.  Unfortunately it wasn't a full width, so a bit of judicious matching would have to be done. 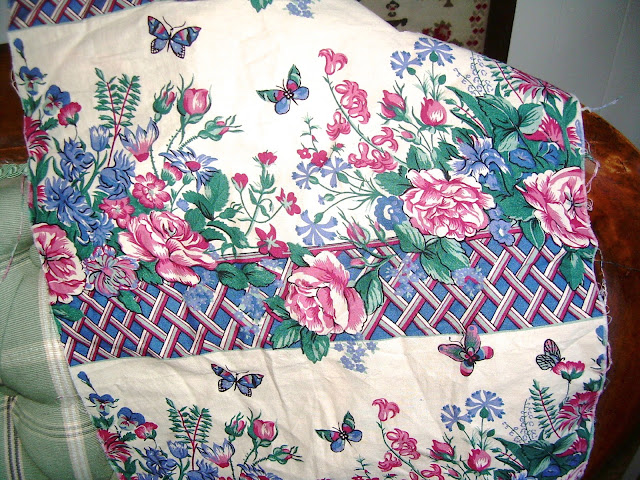 I have played around with it over the years but now I have Judi's pile of LA (this is only a fraction) which has given me a glimmer of an idea! 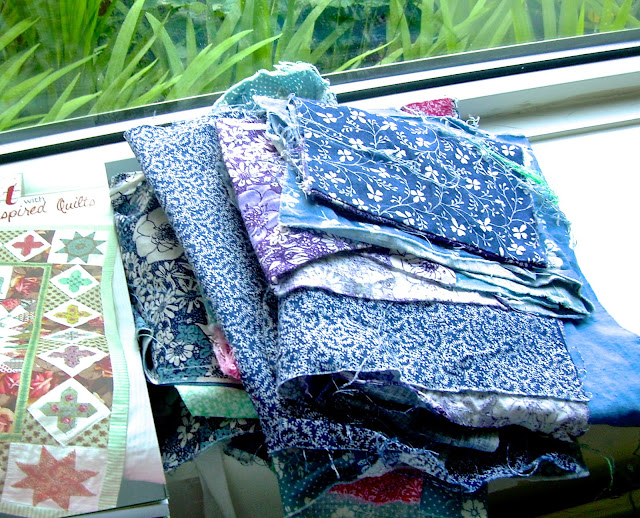 Make a basket and surround it with hexagons as Brigette Giblin does, which in turn was inspired by the Brereton Hanging - you can just see Brigette's book  in the above picture. 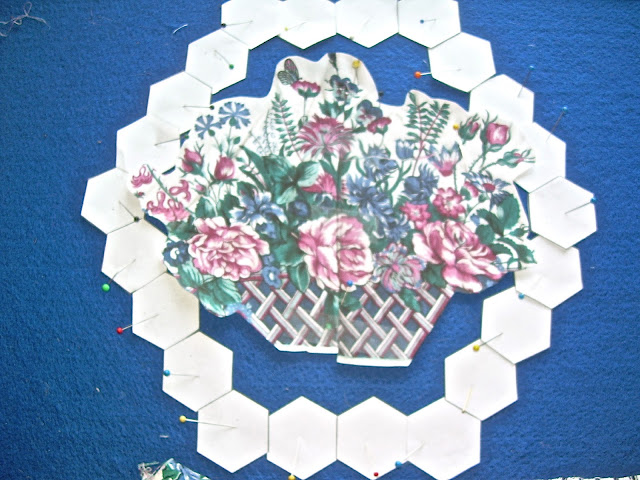 The above picture is a photocopied paper mock up to check on size and hexagon proportions - I might well turn the basket?

After this there was a long, long rummage for just the right fabric.  This took several separate days and led to much frustration as one of the fabrics I had in mind has completely disappeared!

This is the present selection, which may well change - 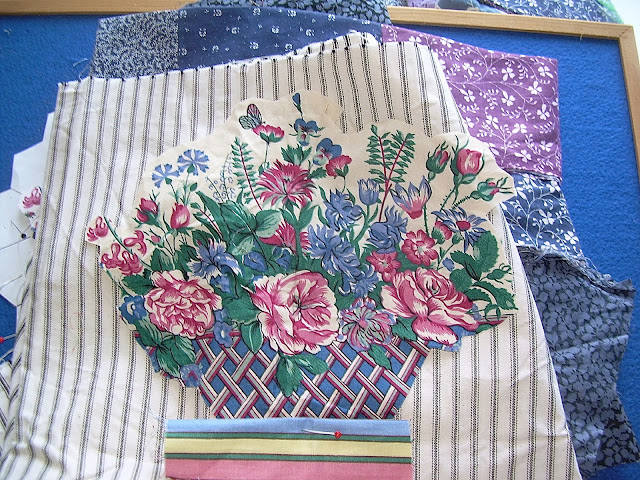 Today the weather here is glorious and instead of being outside enjoying it, I shall be cutting hexagons!

I feel rather guilty starting a new project when I have so many quilts in the quilting queue, but really a new project gives such a buzz and then I have a tradition of working on a particular quilt during Wimbleton!

Posted by Little Welsh Quilts and other traditions at 10:25:00

Love this great use of special fabric. I too find it hard to resist starting a new project when the inspiration hits!

How fun! Can't wait to see this unfold.:)

This is going to be wonderful! Am looking forward to your progress. Love how you have made a basket there, and it will be a beautiful broderie perse on stripe.
Hilda

The basket is so pretty. I'm glad you found a project so you could use it. I hope you can find the missing fabric.

Don't feel guilty Mary. We all do it. When the creative juices are flowing you just have to let them do their thing. It looks good so far and I love a hexagon quilt.

I too have this fabric, quite a lot of it that I bought in Liberty's in 1977 I think. Bits of it have been used over the years, but you have given me an idea for using more. Many thanks

Your project so far looks lovely. The Laura Ashley fabric was a thoughtful gift. It will look great together in the quilt top. I hope you keep us updated on your progress.