In June I had just started a hexagon project and I gave you a glimpse of it's beginnings.  I was so inspired by the Brereton Bed Hangings and the fact that its maker, Anna Margetta Brereton came from Cardiganshire, near to the Jen Jones Quilt Centre, that I felt that I must do something to celebrate this discovery!  Thanks to Roger, Jen's husband, I have discovered a few more facts.  The house she lived in was destroyed by fire around 1900 and only the gates remain.  Such a shame, as the famous architect John Nash's name has been associated with and it was such a pretty place.  Its name had been changed too and this again made the research a bit more difficult! I find it poignant that the only way this was all brought to light was through the bed hangings.  The people and the house are no longer, but the patchwork remains to bring them to our attention now!

This project has been progressing slowly, far too slowly, but when I'm creating a new design I like to have pauses, then I can return afresh and review the situation!  Well that's my excuse anyway! 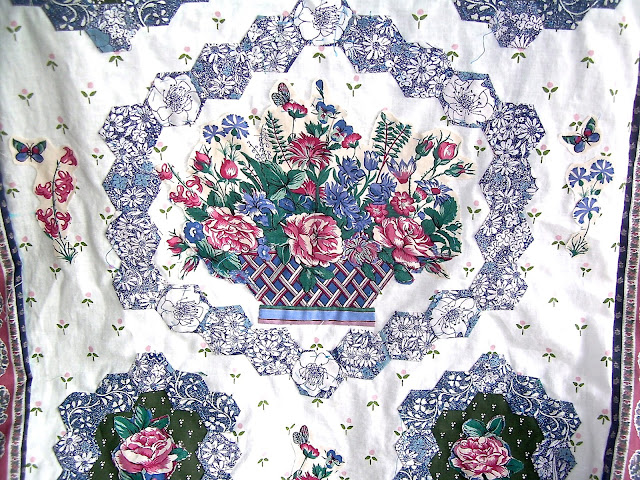 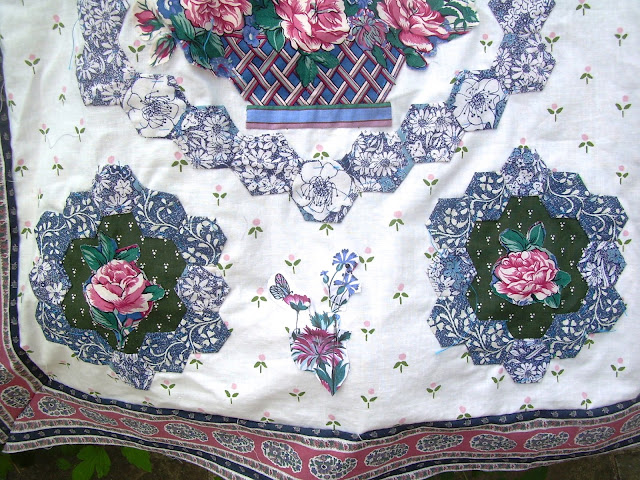 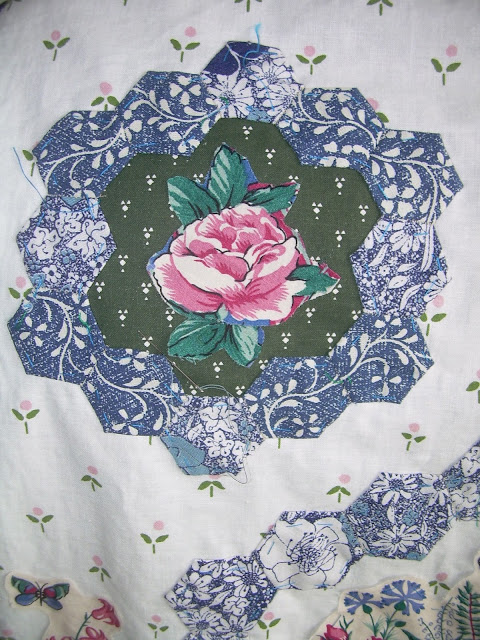 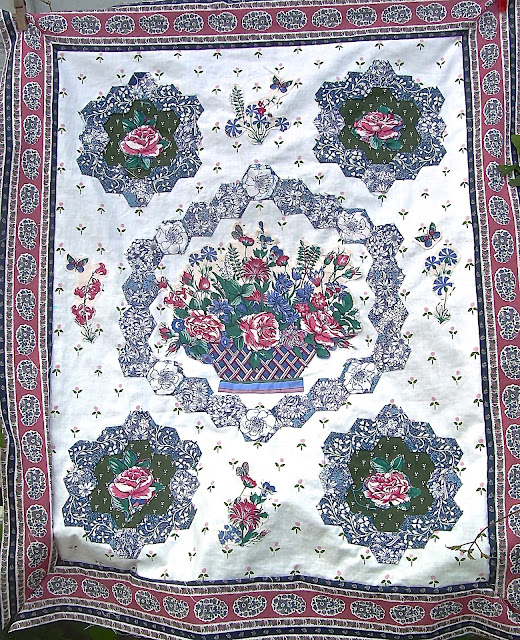 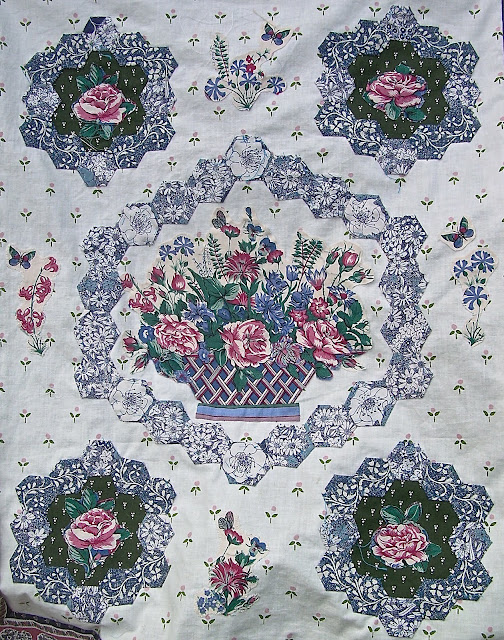 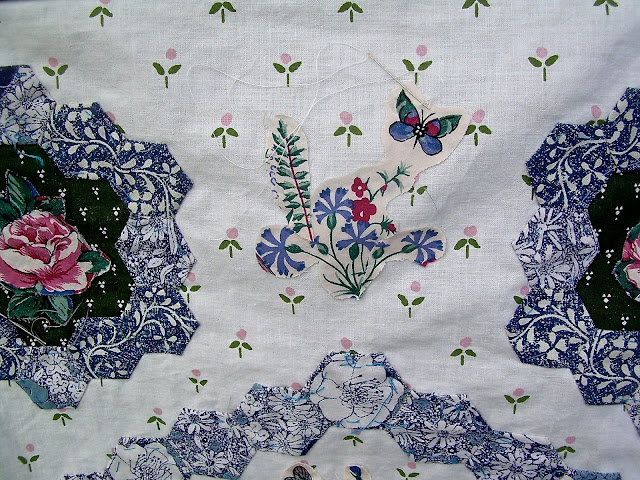 This is just the central area of the quilt, it will be built up with further borders is a more haphazard way. I want it to look as if someone has discovered a hexagon centre, then at a later date made it larger by adding random pieces.  This was done on so many quilts that I thought I would create my own two tier quilt.

Of course it is also a way to avoid making further hexagons which take an inordinate amount of fussing over!  A bit of fussy cutting is fine but I didn't want to turn this quilt in to a marathon event!

I am in the process of stitching the hexagon frames to the base fabric, the next stage is to herringbone the cut pieces which will take a little time.  The border also has to be stitched on, it is just tacked at the moment. I am so pleased to be using it as I have had in in my stash for many years and I suspect it's about the same age as the basket fabric.  Both are Liberty Country Cotton and that has long been discontinued!

Posted by Little Welsh Quilts and other traditions at 09:34:00

It is lovely, Mary! I look forward to seeing your progress!

Hello Mary, thank you for such a fascinating blog. I just finished reading through the whole lot, over a few days of course, and thoroughly enjoyed it !
It was a nice surprise today to see the hexagon quilt again, it is looking good , the basket is so beautifully pieced and it all looks fresh and dainty and somehow Georgian.
I can only dream of making this, being a newish self taught hand quilter and so far only having made simple, though some of them large quilts. I am now very keen to make a medallion quilt and have begun my "planning" haha ! This having so far ammounted to reading a lot
Thanks again for such an interesting and informative blog and your Pinterest, ahh! love all that.
regards, Susan .oesmid3839

Hi Susan, You can never do too much reading, it's all research and do check out Pinterest as there are very many boards on Medallion quilts including mine. To access that, just press the "Follow me on Pinterest" button at the top right hand side!

Thank you for your response, how nice to know you read comments.
I love your pinterest boards, in fact it's how I found your blog,we seem to like a fair few of the same things, especially EB pottery !

This is looking lovely - and the fabrics are delightful!! I like the sound of the random borders - looking forward to seeing it grow.
Hilda

Lovely patchwork - I will enjoy following it's progress :-)