The magic of Hill Top!

At this time of year, round about the middle of August, the light changes here in the UK and becomes softer and more golden.  It's a bittersweet happening because one knows that we are on the downward slope to winter.  Nevertheless is it very beautiful and one place lingers in my memory at this time, Hill Top the house Beatrix Potter bought with her first earnings from the Tale of Peter Rabbit!  She never actually lived there but kept is as an escape, furnished it with wonderful old country pieces and used it as a setting for many of her famous stories. 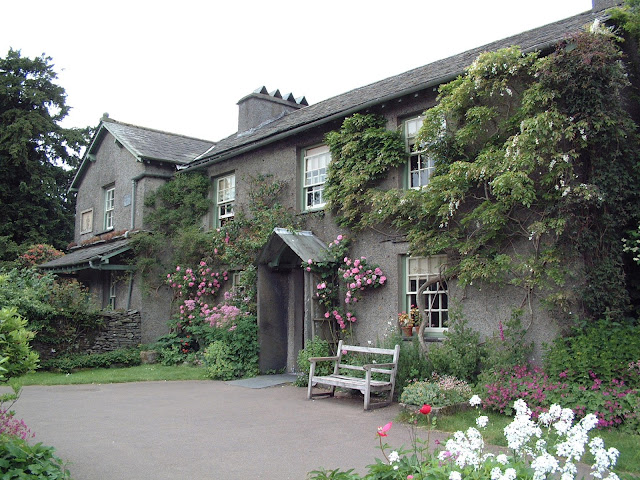 I wandered up this pathway in early September, on a beautiful golden day, a very long time ago now but I have never forgotten it.  It seemed as if I had the whole place to myself because it was late afternoon and all the visitors had gone.


We were returning home from a conference in Edinburgh and I had managed to persuade my husband that an overnight stop in the Lake District would be a good idea!  He was a bit reluctant, because apart from being like a homing pigeon when he was on the return journey from anywhere, he knew that there must be an ulterior motive and indeed there was!

I had been reading Margaret Lane's biography of Beatrix Potter and was enthralled by her story, the restrictions of her life and how she overcame them and I wanted to see the land of Peter Rabbit, the village of Sawrey and its surrounding countryside where Beatrix eventually lived and farmed. 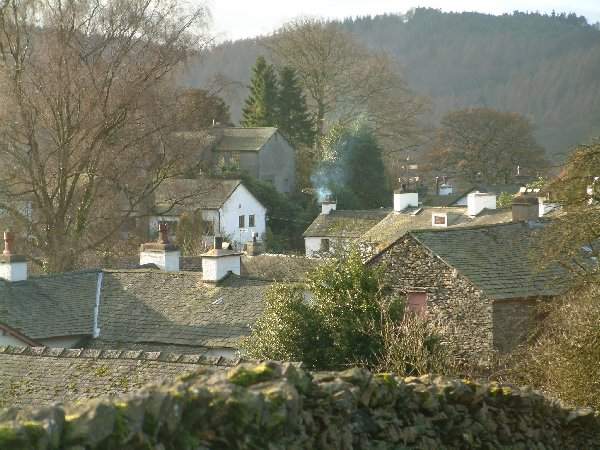 This is Castle Cottage, the house where she did live with her husband, it's just across the field from Hill Top. 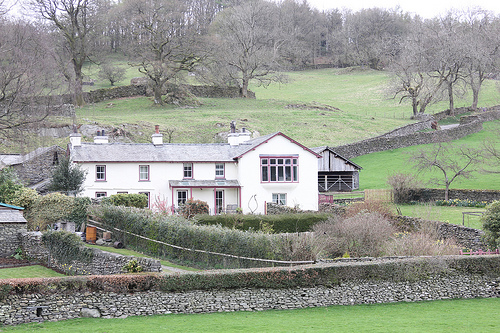 Beatrix had a privileged but very restricted life with extremely dominant parents which prevented her from developing her talent.  Eventually she did make a breakthrough and her books became famous but she struggled hard on the way.  The recent film, though very entertaining, sanitised the story somewhat and wasn't nearly as good as one made for television in the 80s with Penelope Wilton playing Beatrix.  Here is the link for anyone interested! I haven't got a copy as am not sure if I can play it on my player - the price puts me off too!

If you do visit Hill Top, do as I did and leave it until late in the afternoon because it gets absolutely crowded earlier in the day.

Posted by Little Welsh Quilts and other traditions at 11:23:00

What a beautiful part of the world. It's so picturesque, I can just imagine Beatrix drawing inspiration for her stories and illustrations from the country side she lived in.

I love the Lakes and visit often from here in Manchester. Hill Top is really pretty and Beatrix Potter a very inspirational woman

A wonderful part of Britain - I love the country.