Well you know I am fairly critical of museums when it comes to textiles and this is a continuation of the story of the Elizabeth Jefferson coverlet.  I think it illustrates that textiles have a very low priority in the museum world.

It seems to be a battle we can't win. Museums hold and manage important collections which are financed by us, the tax payer, yet we have no power to influence what they do and if we start making waves they will become even less helpful. They have the standby excuses of lack of public funds and shortage of staff to fall back on and we have no answer to this because it is true now and always will be.  There will never be enough funds and public servants will always use it as an excuse. 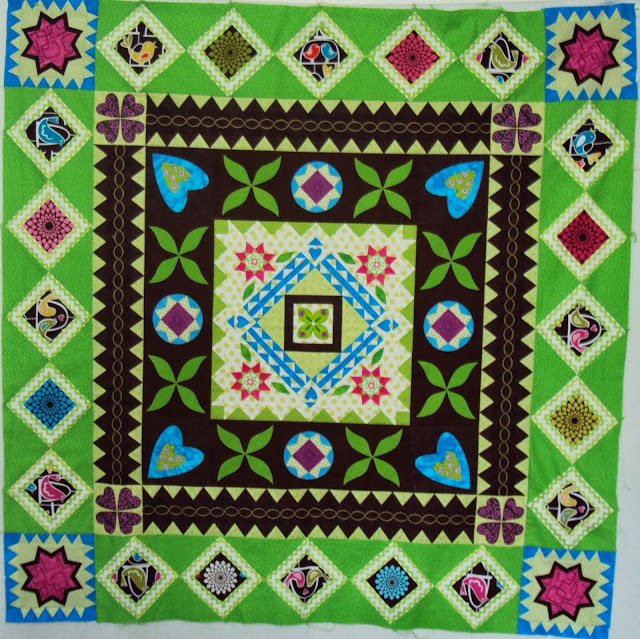 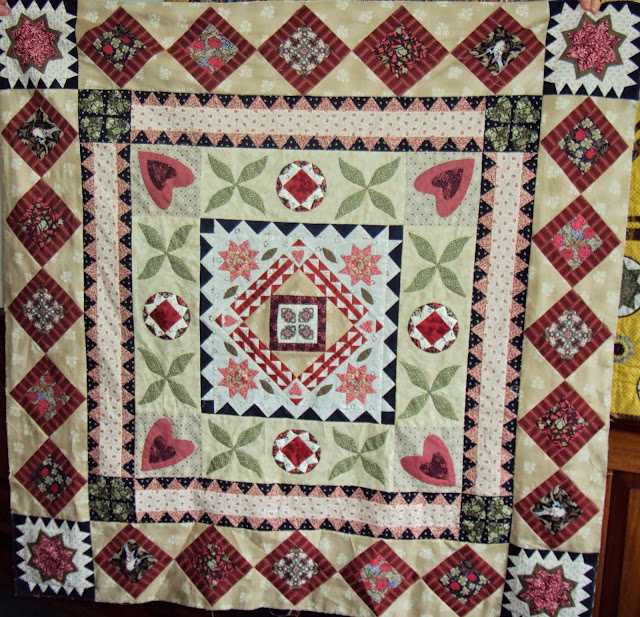 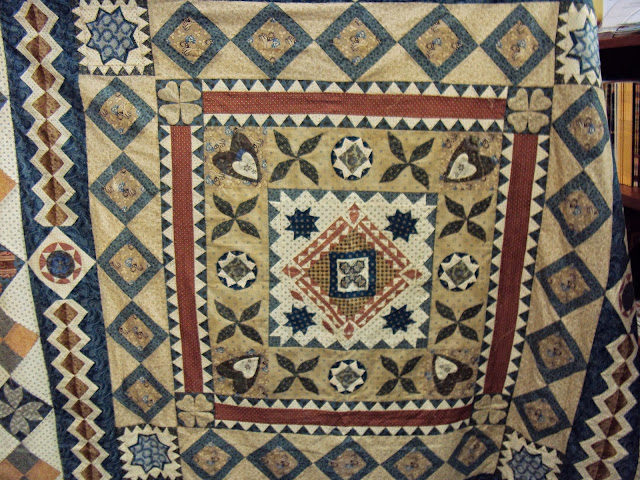 I have been doing a little more digging re this coverlet and found a b/w image of it in the Averil Colby Patchwork book (this is a standard work on British patchwork and quilting.  I must have passed by this picture many times and didn't associate it with the colour image of the coverlet in your collection!

I also find that it is quite well known in Australia, as some clever person has made and sold a pattern of it based on the old image in the book and reproductions of it abound.  Of course the colours are different because they did not have a colour picture to guide them.  So there was great interest when I blogged about it.

Just out of curiosity I googled Elizabeth Jefferson, born 1801and only one came up and it was in the 1841 Scottish Census and Electoral Roll -

I could have gone further on ancestry.co.uk but that would mean either paying a fee or having a free trial.  I have been in this situation before with absolutely no success and spent ages going around in circles so I asked my blog readers, who might have a subscription, to try for me.  No success so far though!

Why am I telling you all this?  Well I am hoping that now that you know of the interest you might try and get an image of the full sized quilt done and release it on the website.  It would also be great if someone could follow up my lead above?
Thats if you have access to ancestry sites?

This is the reply I received -

many thanks again, Mary.

It does sound possible that our Elizabeth Jefferson is the one from Angus, but of course, we will probably never be able to be sure.

I think this constitutes a polite brush off don't you?  Obviously he wasn't very interested and has no intention of updating the information or arranging for any images of the full sized coverlet.

I am rather disappointed that no one reading this blog has come forward to help!  I did bump into a friend in the supermarket a few days after my original post, who said she did have a subscription to Ancestry.co.uk and I tried to persuade her to help me!  Stephanie - are you reading this?

So this seems to be the end of the line re Elizabeth Jefferson  - for the moment anyway!

Posted by Little Welsh Quilts and other traditions at 22:26:00

For goodness sakes, the very least he could have done was offer to show you the quilt one day!!!

Hello again, Mary. First thanks for the Turkey Red link- I had found that website and it is full of great information. Secondly, I will get my DH to do some on line ancestry etc. research on Elizabeth Jefferson as he an experienced family history researcher. Also I live in Manchester so am near the Museum in question!

That's wonderful Rose, I would be most grateful for help.

So glad you found the Turkey Red information - it's a fabulous resource isn't it?

What an interesting post - but how frustrating! Have really enjoyed reading about all this - a quilting blog with a difference! Thanks for sharing. Cathy

Hello Mary - I've had a very quick look on Ancestry and there are several Elizabeth Jeffersons, sadly. The problem is that most women born in 1801 would have married and changed their name before 1837 and civil registration, and not all church records are available on line, if at all. I assume that there is no further information about area to narrow down the search. Sorry not to be more optimistic. I love your blog, by the way. Caroline

"I am rather disappointed that no one reading this blog has come forward to help!"

I have no way to help you, so I will stop reading your blog so I won't keep disappointing you.

I will start reading your blog in order to help!
Love the Welsh quilts.
Valerie