As you can see from the title this post is a bit of a mish mash.  First are my favourite poppies about 4 weeks late.  I have been waiting patiently, but they are worth it and as you can see there are lots of buds waiting to pop! 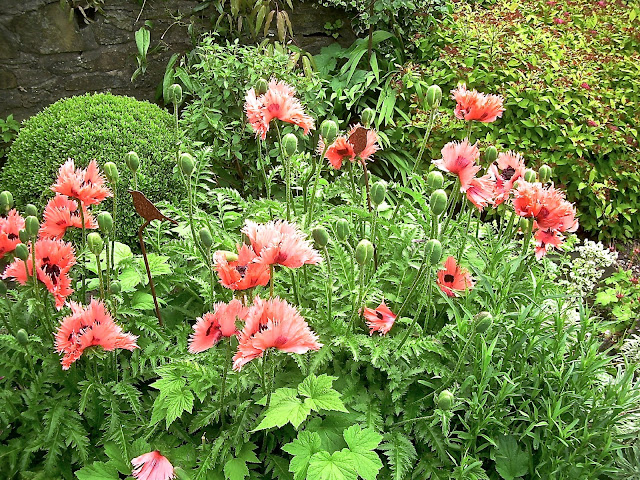 Then there are the roses which have been absolutely marvellous this year, I have never had so many blooms.  This is my favourite - I have a bit of a thing about yellow roses, which is strange because generally I am not fond of yellow flowers.  It's called Arthur Bell and apparently is named after Mr. Bell of Bells Whiskey! 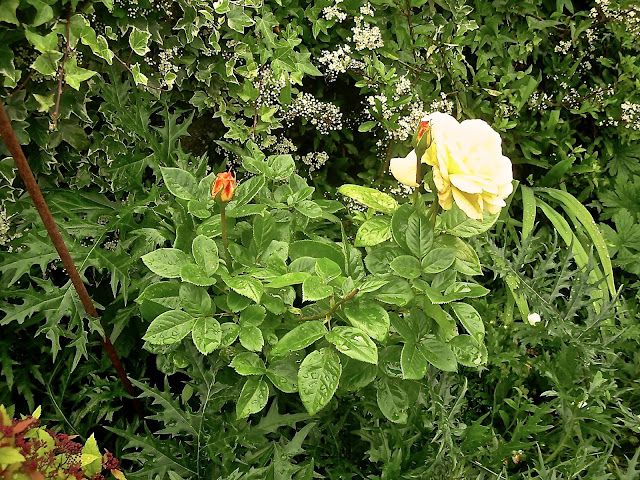 I have about 9 of these in my garden, maybe too many but they have a lovely form, are very fragrant and vigorous which is what I always look for - what is the point of a lovely rose that doesn't smell and only flowers once?

Now here is a little bunch of roses picked from a few climbers I bought 2 years ago to fill in a spot by my garage.  They were bought at Homebase and were on special offer.  They were all supposed to be white but weren't!  I suppose that's the risk you take but I have found that sometimes, even if you buy a named plant from a garden centre, it sometimes isn't the correct one! 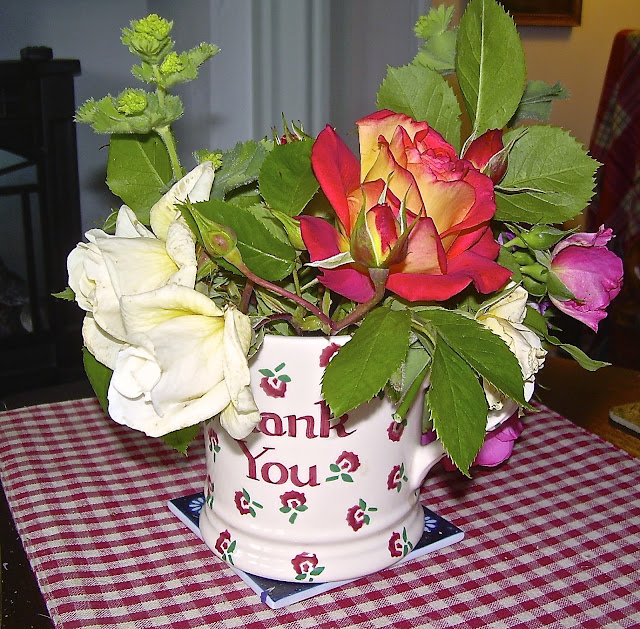 These are a little bit past their best, I should have taken a picture yesterday, but I wanted to show the white one particularly.  It's a delightful rose called "White Knight" and certainly lives up to all the things I require in a rose. I shall look out for another but they don't seem to be on many rose growers' lists.

I have just picked these Dianthus. 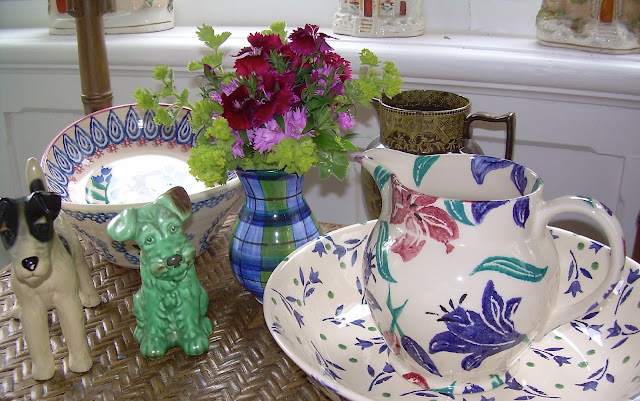 I grow them in my garden because they remind me of my dear Grandmother.  She had masses in her garden in Pembrokeshire and used to bunch them up and sell them to a local florist!

Lastly there are the hens - 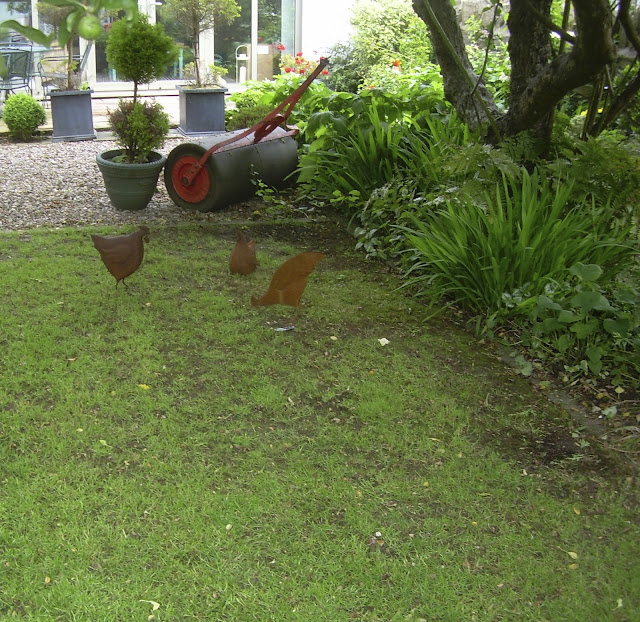 I love the idea of chickens in the garden but these are much less trouble and look very realistic viewed from the house.  I have trouble with this patch of lawn as it is under trees, so the hens being there makes sense somehow!

Posted by Little Welsh Quilts and other traditions at 11:03:00

So pretty! After the last few days our gardens are bursting forth with delightful treasures. Your poppies are amazing! I wish mine would come out all together and make such a stunning display. Dianthus are so rewarding on a warm, summer's evening, flooding the air with that deep clove fragrance. So pleased I found your blog.

At last flowers are blooming and how it lifts our hearts.

The roses are just gorgeous I wish I could smell them.

I just adore those poppies - so beautiful - they'd be my favourite too! I love the bird stakes amongst them too. And the chickens are perfect in that spot. Such a lovely garden you hav.
Hilda

Your poppies are fabulous. I keep trying to grow them and they never make it. I think it's too dry here or something...