The first one is dated 1738 and the second 1746 - so what happened in that eight years?  Well they may have moved house, as the first house is rather grand with a formal garden at the side and a park with deer and  peacocks.  There are nine figures, all engaged in interesting activities and one empty cradle indicating the death of a child. 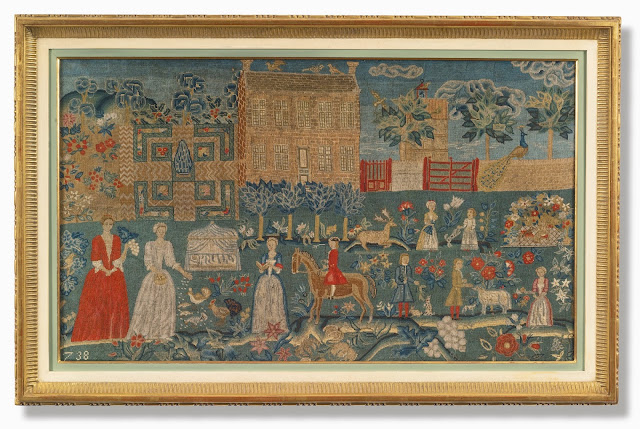 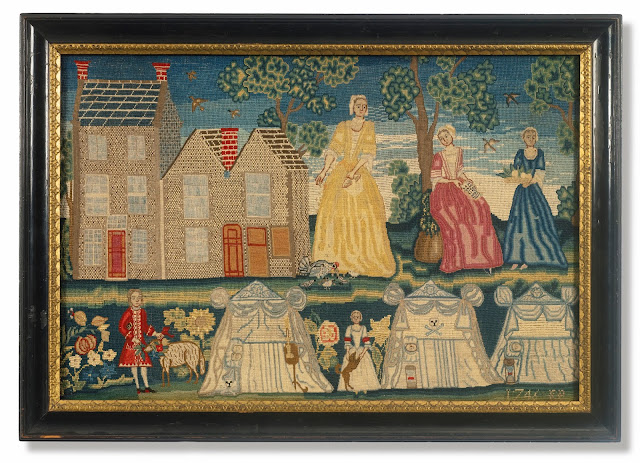 The second picture has less content but tells a different tale.  The houses are less grand, the three ladies are still engaged in same same pursuits as before, but now there are three empty cradles, one indicating the death of twins.  All rather sad, but very typical of family life in the 18th century.

Both needleworks were auctioned in Sotheby's New York this week, both had a high estimated value, the first 60 to 80 thousand dollars and the second a bit cheaper 50 to 70 thousand.  Only the first one sold, for $53,000,  the second was withdrawn as it obviously did not reach it's reserve. Such a shame if they are go to different collectors, but maybe a deal was done after the auction?

Though I love these wonderful embroideries I really prefer woolwork 19th century pieces, something like this one - 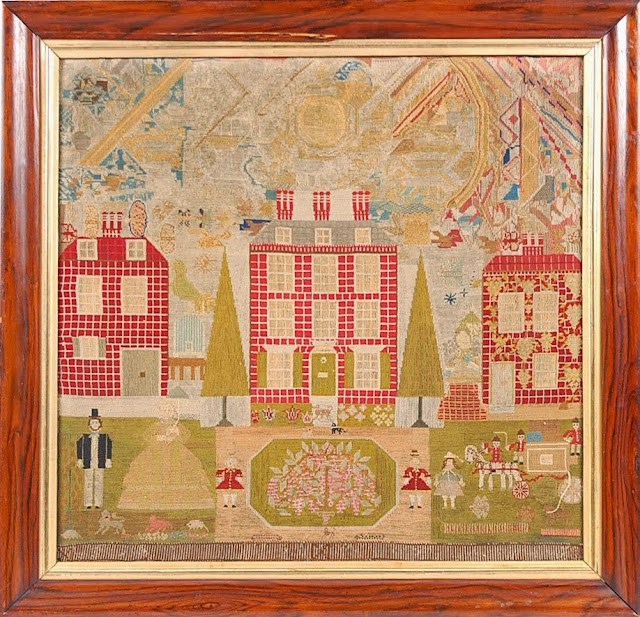 It is so bright and jolly I would smile every time I looked at it!  Not sure which side of the pond it hails from and I suspect it is in a different price bracket from the previous pictures.  I love it though!

Posted by Little Welsh Quilts and other traditions at 10:21:00

Really detailed work. So interesting to embroider your life like that.

Lovely things, Mary. Thanks for sharing! :-)