I spent a few days last week staying with two friends in the Priest's House over looking the White Garden at Sissinghurst!  This is one of the most magical and famous gardens in the world and we had a wonderful few days with the most perfect autumn weather, warm, sunny and golden! 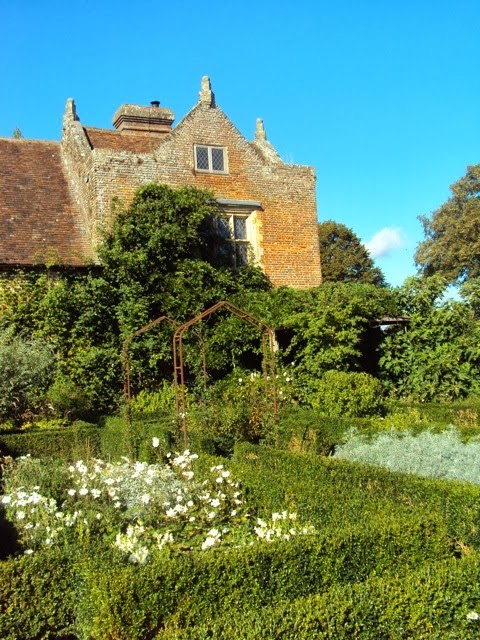 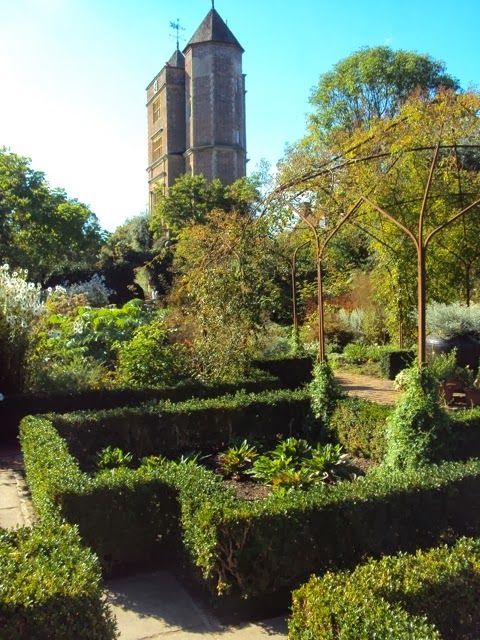 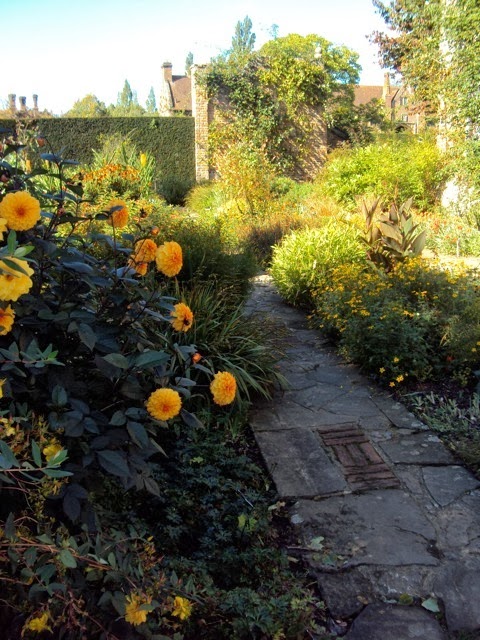 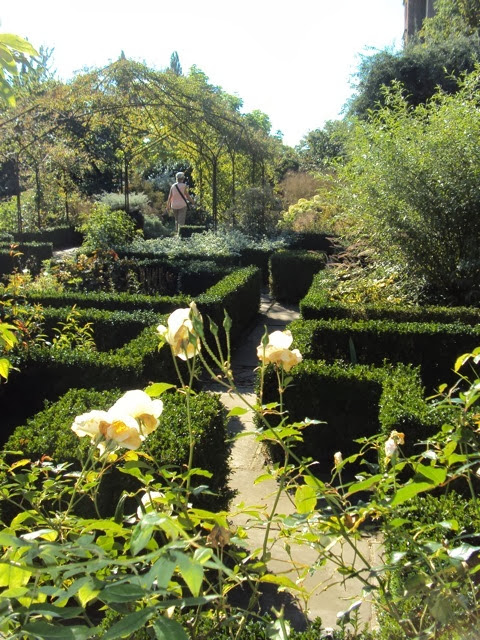 Sissinghurst is a garden that looks good whenever you visit because it is the National Trust's jewel and has 8 permanent gardeners, which is the highest number apparently.  These are supported by a band of dedicated volunteers as well as trainees and contractors, so it is kept in wonderful order.  I have visited it many times and there is always something to inspire, it never disappoints.

We arrived after dark, but in the morning just before breakfast, we opened the kitchen door and walked into the White Garden - in our night attire!  The place was deserted, just the birds and a little tabby cat darting about the borders!  We strolled the lawns from one garden to another, gazed at the tower - there were sounds of hoovering echoing down the stairs - just a touch of reality!  Then back to our house for breakfast with the door open to the garden!  Absolutely magical! 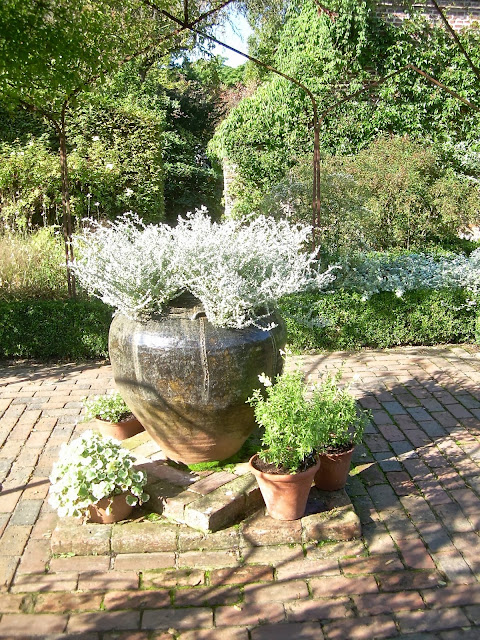 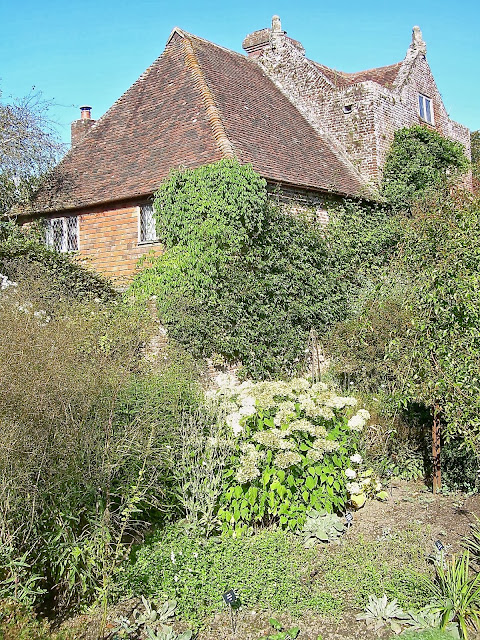 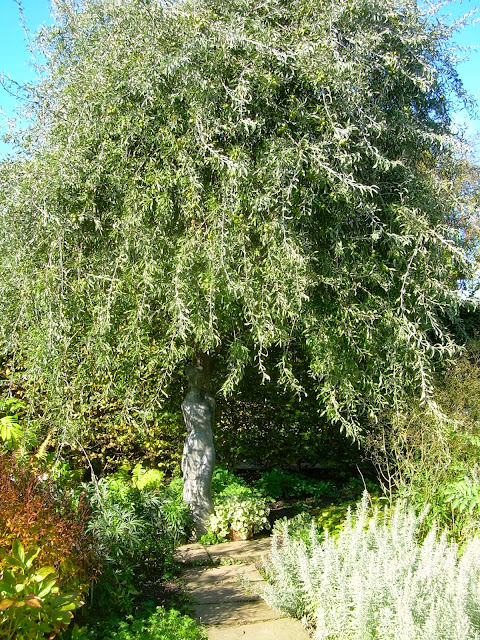 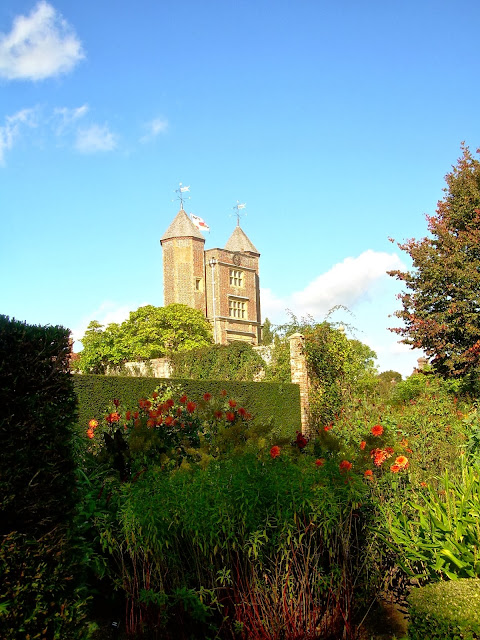 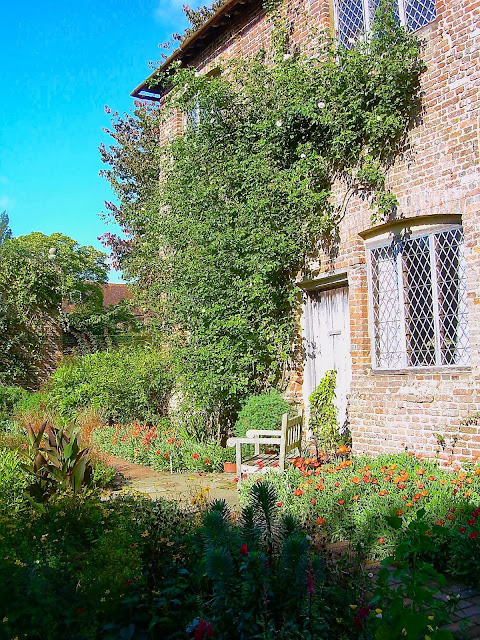 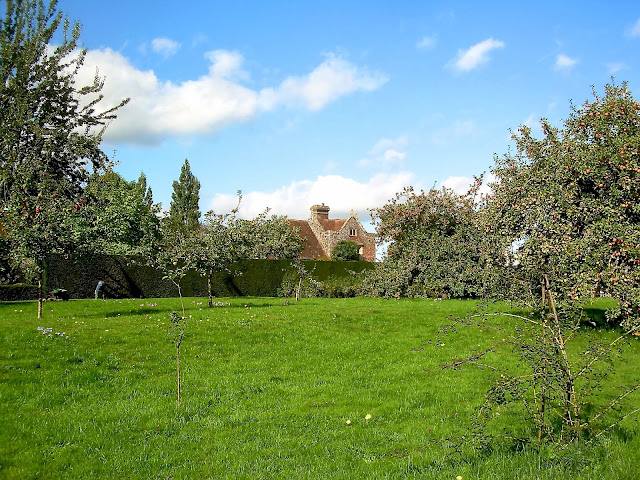 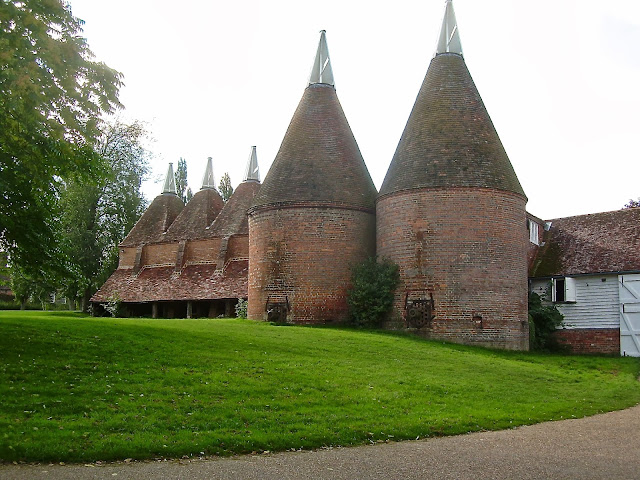 We had three days there, but was it all wonderful, sadly it was not!

The Priest's House where Harold and Vita once lived in now a National Trust Holiday Cottage and is fully booked all through the season.  We were lucky to get a slot and it was expensive because it is such a unique house in an incomparable setting.  However, though the setting was magical the interior the cottage was mundane.  I have stayed in NT cottages before and have not been impressed with their decor, despite this I was hopeful that in this stellar property all the stops might have been pulled up.  They were not!  It was gloomy, unimaginatively decorated is the kindest thing I can say.  I won't bore you with a list, but suffice to say that we have one and will be sending it to the National Trust!

Surprisingly, when we read the Visitors' Book everyone had penned fulsome praise.  There wasn't one negative comment!  Surely we weren't the only ones to find it wanting?  Are people so bowled over by the setting that they overlook the discrepancies within the house?  Well we three weren't, we were annoyed that this wonderful place wasn't achieving its full potential, it just needed a good designer and a modest budget to make it live up to its surroundings!

There is one thing that says it all and I still can't get over it!  Usually when you arrive at a cottage there is a bunch of flowers somewhere and very often there are nicely arranged and come from the garden!  Well there was a bunch of flowers, but they were the type that are bought on a garage forecourt,  you know the sort, small white chrysanthemums, some dyed green!

Posted by Little Welsh Quilts and other traditions at 09:02:00

Sissinghurst is one of the moste beautifull gardens in England! Thanks for sharing.

this is the stuff of dreams to a country girl like me.
hope they get the inside up to par as well, thanks for sharing!

I envy you your visit to Sissinghurst.
I have heard that the NT cottages are not all that they are cracked up to be that's why one of my fiends now books properties through the Landmark Trust. I have looked and they do look super.