Two thing made me laugh out loud the other day.  Notice that I don't say LOL because as I rarely do, it seems rather an over the top thing to keep adding to a post.  Anyway these two LOLS were on the same afternoon and they really cheered me up!  It's good to have a LOL!

It's not easy taking a photo of Wilfred  because he is not a poser like Bella.  Nor does he ever get into bags, boxes and baskets as Bella does.  However, he has suddenly taken to squeezing himself into to this trug, which was a gift filled with plants, now of course filled with fabric. 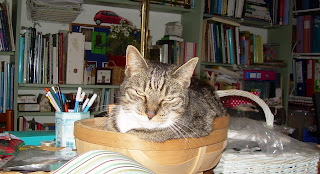 It's not very large and he looks rather uncomfortable - but there you go!   This picture was taken the first time he did it, the second time he attempted it wasn't standing firmly on the table but balanced slightly on another  basket filled with sewing paraphernalia, thimbles, reels, pins - you get the idea?  Well when he tried to insert himself into the favoured trug, both baskets went up in the air and everything was scattered  over the floor some distance away.  Both cats were astonished (Bella had appeared by now) and they viewed the chaos, sniffed it and looked. puzzled and then embarrassed at my LOLing and walked away.  Wilfred has since given the trug a very wide berth!

Apologies to those of you who aren't able to, but who is watching the series "Royal Palaces" written and presented by Fiona Bruce? 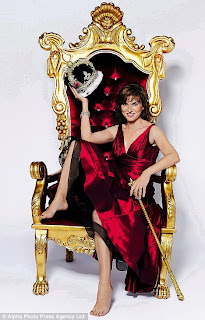 I quite like Fiona, I think she does a good job presenting "The Antiques Roadshow", but I know some who don't.  I was prepared to enjoy this new series which has been heavily trailed but I was a bit wary that it was going out on a Monday.  However, when I saw it I thought it was pretty dire, more a showcase for Fiona than imparting much information about the Palaces.  Fiona is obviously flavour of the decade at the BBC so you just have to accept it but you can't help but compare her presenting to that of Dr. Lucy Worsley 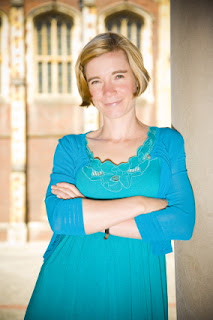 who as well as actually being the Chief Curator of Historic Royal Palaces has been doing such an excellent job recently presenting, most notably, "The Age of the Regency".  She is terrific and knows her stuff, but despite being blond and attractive in a quirky way and so much better qualified, she didn't get this job.

Well what made me LOL again and where is the rant?  Do read this blog on the subject and the comments -
http://randomjottings.typepad.com/random_jottings_of_an_ope/2011/09/the-queens-palaces-aka-fionas-palaces.html
Posted by Little Welsh Quilts and other traditions at 16:56:00

Email ThisBlogThis!Share to TwitterShare to FacebookShare to Pinterest
Labels: Wilfred and ranting.

I decided not to watch too as the trailers made it clear who was going to be the star, shame as I loved Windsor when I went round.

I couldn't agree more about Lucy Worsley, she's great, just hope she doesn't get over exposed. Once the TV cos get hold of a good thing they are inclined to do it to death. Haven't caught Royal Palaces yet and might not bother now!